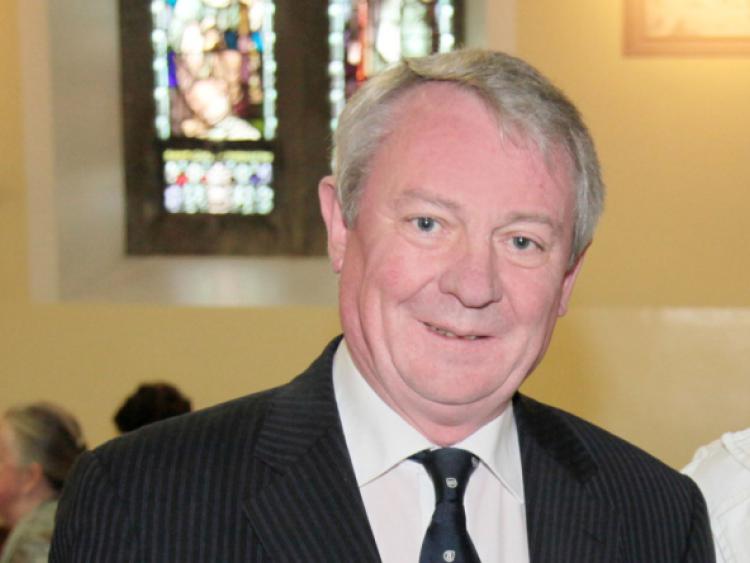 They were the deafening roars from Cllr Seamus Butler last week as local politicians slammed the decision by department officials to reject calls for a meeting over the creation of a new spatial plan aimed at driving planning and economic strategy into the future.

Not for the first time, local politicians registered their misgivings over the plan in terms of tighter guidelines surrounding one off housing as well as population caps for some of Co Longford’s busiest urban centres.

But it was the Fianna Fáíl group leader who caused many inside the chamber to flinch as he launched a withering tirade against the report’s authors.

“The work that is being put in in this Council is second to none and yet there are Dublin centric bureaucrats trying to dictate to us the boundaries on which we can expand,” he said.

Cllr Gerald Farrell said he too was baffled by the document’s contents and claimed the repercussions for counties like Longford were grave.
“It makes you feel rural Ireland is dying,” he said.

“We can talk about regeneration and all of that but I fear there will be nothing left to fund in a number of years time.”

His party colleague, Cllr Colm Murray was more circumspect despite attending a recent meeting in Tullamore concerning the draft report.
“I don’t agree with the claim that rural Ireland is dying but this plan does pose a significant threat going forward,” he contended.
“I went down to that meeting and expected to be talked at and that’s exactly what happened.”

Cllr PJ Reilly, a member of the Eastern and Midland Regional Assembly, the architects behind the Regional Spatial and Economic Strategy (RSES) laid the blame firmly at the doors of those inside Leinster House.

“The sleeping dog in all of this is the Oireachtas members and the Government because they are not taking an active part in this,” he argued.
Another Fianna Fáil member, Cllr Martin Mullleady gave a similar appraisal while also appearing to question recent comments made by Taoiseach Leo Varadkar over plans to extend the N4 from Mullingar.

“At the end of the day, the buck stops with the Government,” he said.
“He (Mr Varadkar) made no comment on RTÉ News last Friday about the N4 only to say it is part of the Project Ireland 2040.

“We are constantly saying here that we need to talk up our county, but we don’t even have a proper road structure.”
Fine Gael’s Micheál Carrigy backed calls for a meeting involving other midland based counties to discuss the report’s proposals and like Cllr Murray batted away suggestions rural Ireland was in a malaise.

“Rural Ireland is not dead,” he contended.

“There is a minister (Michael Ring) in charge of a Department (Rural and Community Affairs) that has seen significant funding go to every town and village in this country, including Longford.”