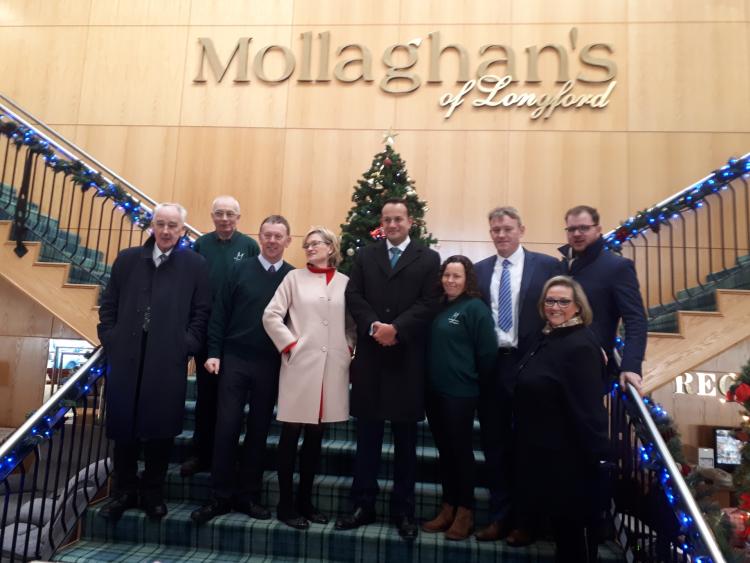 Taoiseach Leo Varadkar has said additional gardaí could be deployed to Co Longford in a bid to clamp down on a recent upsurge in criminality.

Mr Varadkar said the Government were in a position to reinforce garda numbers locally following a recent recruitment drive which has seen overall numbers increase to their biggest total since 2011.

The Fine Gael leader was speaking in the wake of a crime fuelled past seven days which has seen the Garda Siochana Ombudsman Commission launch a probe into an an alleged shooting involving a plain clothes garda in the same week an estimated €650,000 of suspected stolen plant machinery were seized by gardaí.

Asked if the likelihood of increased garda numbers being assigned to Longford was on the cards, Mr Varadkar said: It very much is.

"It is at its biggest since 2011 and over the course of the next year will recruit about 800 more gardaí.

"They won’t all be extra because of the retirements but there will be extra gardaí and it will be up to the garda commissioner to decide where they are stationed.

"There has already been an increase for Longford and Westmeath and we would expect to see another one next year."

The Fine Gael leader visited Longford earlier today where he was escorted by the party's general election candidate Cllr Micheal Carrigy during a walkabout of the main town centre.

During his brief visit, Mr Varadkar met with members of the public and took a closer look at a number of regeneration projects that have been earmarked as top priorities by local authority officials and elected members.