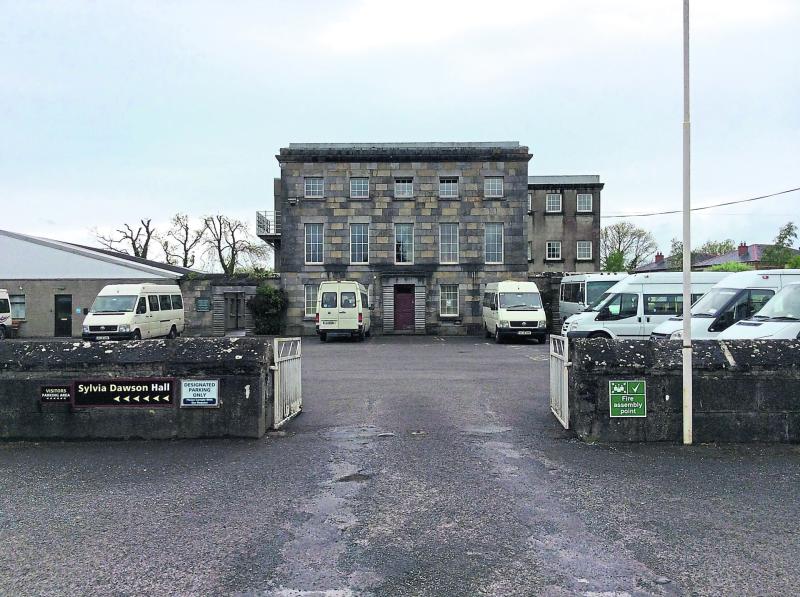 During the recently held St Christopher’s Services AGM, CE Derek Scanlon said that staff were at the very heart of the highly respected facility in Longford town.

Staff are without doubt the single most important resource that we have at St Christopher’s,” he told those gathered.

“Without the dedication that our staff show on a daily basis we would not be able to function to the high standards that we do.

“As well as being our strongest asset, the retention and recruitment of staff is fast becoming one of the greatest long term threats to the survival of the services in its current format.”

Mr Scanlon went on to say that over the past 12 months or so, while the Services had seen the Government endeavouring to address the pay restoration of a four and a half percent cut that was imposed on its staff in 2012, there was still a significant gap in terms of the pay that the local organisation could pay its staff and the pay that similar staff in the HSE and within section 38 agencies were paid.

“In our case, our organisation through our annual funding arrangements with the HSE, is required to place staff on consolidated pay scales, however we are not provided with the revenue funding to enable those staff to move along the scales like their HSE and section 38 colleagues,” Mr Scanlon continued.

“We face a significant crisis and we have weekly resignations from our staff cohort since the pay differential - in some cases - can be as much as €5,000 between what our staff are paid and what they would be paid elsewhere.

“That’s a significant challenge and is going to have an impact into the future.

“We can all agree that equal pay for equal - and in many cases excessive - work is only fair; the amount of funding required to meet this payment is a further €350,000 per annum.”

The local CE also alluded to the fact that only during the week of the AGM was management at St Christopher’s advised by the HSE that national policy does not allow for the necessary funding to be made available to the vital service in Longford town.

“The longer this position exists, the more likely that section 39 agencies such as ourselves will face an existential crisis,” Mr Scanlon warned.

“The long term implications of this decision is that as a service we will fail to recruit staff and may likely have to consider reducing services or alternatives in the near future.”

Having said that we will make every effort to make sure that we don’t have to reduce services but the more the impact of the reduction in our staff, and the fact that we are losing good staff at a key time, is going to have a significant impact on the service.”

He did warn though about the element of ‘deja vu’ that had crept in, in relation to funding for services and pay rates for staff.

“There is an element of deja vu when you listen to Derek talk about the issue of pay comparability and the failure by the HSE over the last six years to pay those increments,” said Cllr Flaherty.

“It’s a huge challenge here for staff and we hear about it from HR constantly; the difficulty with retaining.
“I suppose if you put it in context, Derek said it was a difference of about €5,000 a year - in reality that is half the average family mortgage so if you are a young person working in St Christopher’s and you are offered another job with €5,000 extra, you will take the other job.
“I don’t thing we can understate the challenge that is for a facility here like St Christopher’s.

“There is no doubt the huge love and affinity the community has for St Christopher’s but there is a funding challenge that needs to be recognised.”