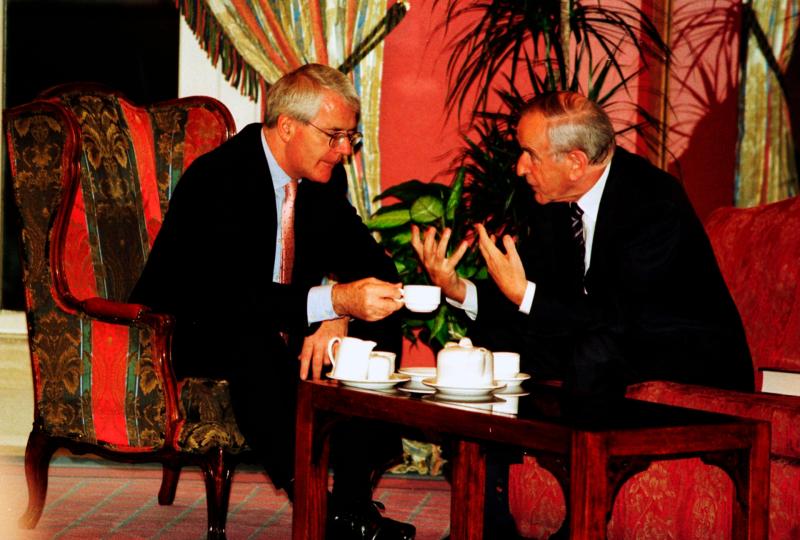 The inaugural Albert Reynolds Memorial Lecture will be delivered by former British Prime Minister, Sir John Major, on Monday, December 10 at 5.30pm in Backstage Theatre, Longford and details of how to apply for tickets for the prestigious event have been released.

If you are interested in attending the Albert Reynolds Memorial Lecture, please email events@longfordcoco.ie by Tuesday, December 4 at the latest.

As it is anticipated that this event will be over-subscribed, Longford County Council will allocate tickets and seats. Those who can be accommodated at the event will be notified by email.

Sinead Hussey, multimedia journalist from RTE, will be MC for the event.

Background
In 2017, the then Cathaoirleach of Longford County Council, Councillor Mick Cahill, proposed that Albert Reynolds’s contribution to the Peace Process be honoured in his home county.

In consultation with the Reynolds family, it was agreed that a fitting way of remembering his legacy would be by way of an Annual Memorial Lecture on the broad themes of peace, reconciliation and citizenship.

Sir John Major who, along with Albert Reynolds, was responsible for the Downing Street Declaration, was the unanimous choice to give the inaugural lecture.

A letter of invitation was issued by the Cathaoirleach, and Sir John responded that he would be delighted to honour his late friend and respected colleague.

It is appropriate that the lecture is taking place on December 10, in the week of the 25th anniversary of the signing of the Downing Street Declaration.