Massive fundraiser in Granard this weekend to remember Stephen Coyle 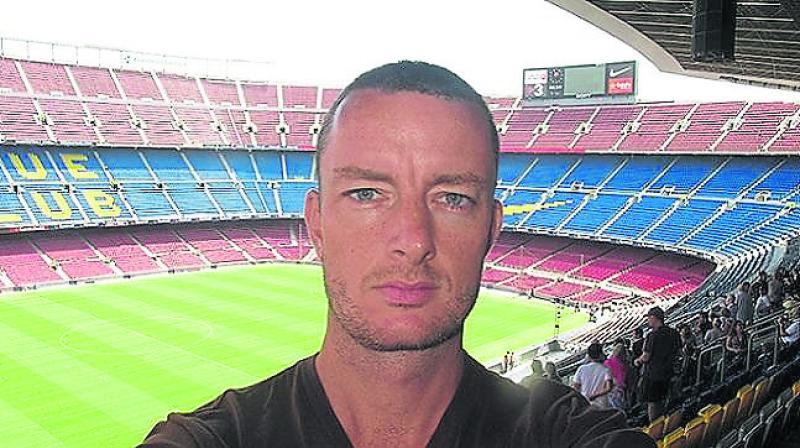 Stephen Coyle died following a motor bike accident in Ho Chi Minh City in May of this year.

All roads will lead to Granard and Gowna this weekend, for 'Totalrecoyle: A weekend for Steve'.

Stephen Gerard Coyle, formerly of Cloughernal, Rathcronan, and Ho Ch Minh City, lived and worked in teaching in Ho Chi Minh City, Vietnam for the past 15 years and at the start of the summer, his light was extinguished, suddenly, in a motorcycle accident, in Ho Chi Minh City in May.

Stephen Gerard was the beloved son of the late Terry Coyle (Dundevan, Kilcogy Lower and Cloughernal) and Mary Coyle (Rathcronan); cherished brother of Marie, Linda and Angela and loving uncle to Marie's children Matthew and Lucy.

A Liverpool fan all his life, he was proud to have the name of one of his many Liverpool FC heros, Steven Gerrard.

Steve attended Aughnagarron NS and the Convent of Mercy, Granard before departing for college in 1994.

It was the outpouring of grief from his extended family, wide circle of friends from all around the globe, college friends and flatmates, ex-colleagues, colleagues, students and acquaintances, following his sudden passing that encouraged his sister, Angela Coyle, to plan

“It was from this, that 'Totalrecoyle: A weekend for Steve' emerged and will give friends and family an opportunity to meet up and remember the many, many good times we all had with Steve in the 42 years that we knew him,” Angela told the Leader.

Meanwhile, with help from a number of Granard business owners, neighbours and friends, Stephen’s sister has been able to put this weekend’s schedule together in just under six weeks.

The weekend of activities aims to celebrate Steve's life, as well as giving his family and

friends an opportunity to raise vital funds for the Kevin Bell Repatriation Trust.

Proceedings kick off on Friday, November 18 with Mass in St Mary’s Church in Granard.

This will be followed by a pub quiz in Fay's at 9pm sharp.

On Sunday, a pool tournament will take place in Fay's Bar from 3pm, sponsored by the Coyle Family, with the Stephen Coyle Memorial Cup waiting to be inscribed with the first winner!

Fundraising events will also take place in Hanoi and Ho Chi Minh City in Vietnam, on Saturday, November 17 and are being organised by Mullinalaghta native, Ho Chi Minh resident and friend of Stephen, David Keegan.   To donate to this worthy cause Steve's memory log onto https://mydonate.bt.com/fundraisers/stephencoyle.