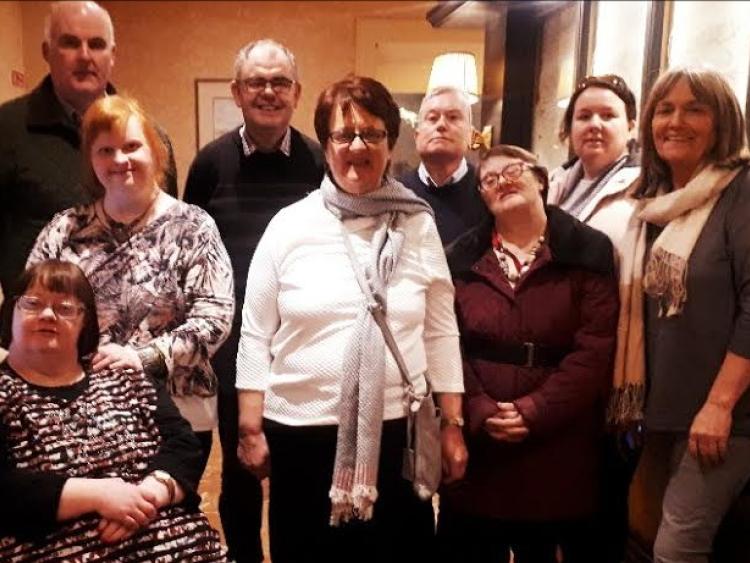 Members of the Beechlawn Residential Advocacy Group and the Brothers of Charity, Roscommon are pictured with Cllr Joe Flaherty after their recent meeting in Longford. The photo includes Sarah Regan,

Cllr Joe Flaherty has met with representatives from the Brothers of Charity in Roscommon who are spearheading a regional campaign  to encourage local authorities and business owners to support the Changing Places initiative.

The group visited Longford over the weekend and briefed Cllr Flaherty on the national campaign.

Backed by Inclusion Ireland the Changing Places initiative seeks to secure fully accessible toilet and changing facilities for people with disabilities and who may need extra support to use these facilities.

“At the moment there are only seven such facilities in Ireland with six in Dublin and one in Limerick,” said Cllr Flaherty as he welcomed the news that Center Parcs will be only the second centre outside of Dublin to host one of the facilities.

“Changing Places facilities include additional equipment which offer extra support to people with a range of disabilities so that they can avail of changing facilities with great dignity and respect.

“Without Changing Places, people with disabilities have to be changed on cold, wet or dirty floors or they avoid going out altogether.”

The Longford councillor said he was delighted to meet the group and praised them for their enthusiasm.

They now plan to meet representatives from Westmeath and Roscommon Co Councils.

“Obviously the group has links with St Christopher's here in Longford and I do believe that the local authority needs to take the lead on this and with plans for the new library building in Edgeworthstown evolving I will be proposing that this project includes a Changing Places facility,” he continued, before pointing out that the group briefed him on the challenges that people with disabilities face in their day to day activities.

“They also explained to me that any plans for outings or events have to take account of access to changing rooms and accessible bathrooms.

“We need to be reducing any impediments for the disabled when it comes to participation and I will be encouraging any developers locally to consider incorporating a Changing Places facility from the outset as it will be much cheaper than retrofitting it at a later date.”

”That is a very exciting project and it would be a huge plus if the developers were to consider a Changing Places facility.”