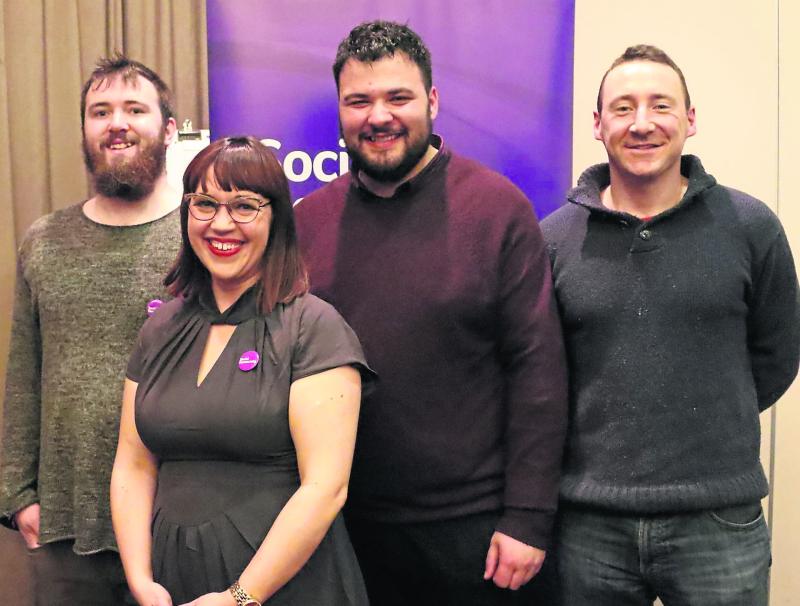 Social Democrats candidate Fiona Lynam who is a native of Athlone is throwing her hat into the political ring not just in the forthcoming local elections but into the General Election one too!

The local woman says her eyes were opened during the last political campaign when she canvassed for a yes vote in the Referendum to remove the Eighth Amendment.

She also says that during the last local elections in Athlone there wasn’t one woman on the ticket, a scenario she deems to be “unacceptable”.

“I got involved with the Social Democrats on the back of the Repeal the Eight Referendum,” she told the Leader this week.

“I was one of the founder members of the ‘Together for Yes’ campaign in Athlone.”

Meanwhile, she says  it was the level of activism she experienced during the campaign that encouraged her to dip her toe into the political arena.

“I really became aware of how people are feeling about local and national politics, and how powerful people can be when it comes to change,” she added, before pointing out that she also found it “disgraceful” that there were no female candidates on the ticket during the last local elections in Athlone.

“Apart from the fact that there was no women on the local election ticket, when I was out and about during the Repeal the Eight Campaign I realised that there was a real appetite for change in this country.”

It is this window of change where she sees the Social Democrats fitting in.

“The Social Democrats is a fresh, new party and it is very focused on how we all what to see Ireland,” Ms Lynam added.

“I intend to run as Social Democrats candidate in the General Election in the Longford/Westmeath Constituency and while I understand that there is still a lot of support out there for the well established political parties in this country, it remains to be seen what the outcome will be next time round.”

The local election candidate says that very often rural Ireland gets painted with a “highly conservative” brush, but after her recent experience on the campaign trail with the Repeal the Eight Referendum, that may no longer be the case.

“The last referendum indicated to me that there is willingness for change among the Irish electorate and while I have no doubt the established parties will hold candidates in many areas, I believe the Social Democrats has the fresh voice that people now want.

“I am a good candidate; my role as an IT programmer means that I am also a problem solver with the ability to identify difficulties very early on.”

“There is huge support out there for me and there is a genuine interest in my candidacy,” she added, before pointing out that a fundraising table quiz will take place at The Junction in Athlone on December 6 next.

“I will be knocking on doors and chatting to people in earnest over the coming weeks months,” she concluded.