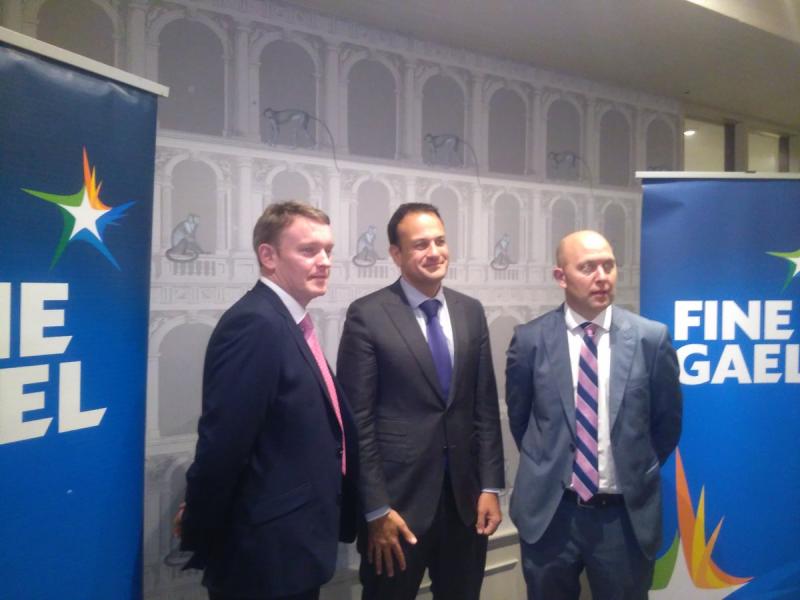 Ballinalee Councillor Micheál Carrigy will contest the next general election for Fine Gael after fending off the challenge of Cllr Paul Ross at the party's selection convention in Longford tonight (Friday).

Cllr Carrigy came out on top by a margin of 232 votes to 166 at a near full to capacity Longford Arms Hotel.

The father of three was embraced by close friends and supporters when details surrounding the vote were made known shortly after 10:30pm.

Around 500 party members had been expected to vote, but when the final results were revealed it emerged just shy of 400 had in fact marked their ballot papers ahead of proceedings getting underway.

Addressing onlookers as part of a last ditch effort to win over any undecided delegates, Cllr Carrigy referred to his extensive experience, vote getting abilities and 20 year local volunteering efforts as reasons to support his candidacy.

"I am by far the most experienced candidate with the highest profile to win the seat back," he told a hushed ballroom.

Cllr Carrigy said another reason for his decision to stand on the national electoral stage was due to a deep seated desire to ensure Longford re-emerged from the economic doldrums of recent times.

"I want to ensure that my sons can grow up in a county they can be proud of, to boast about and to seek employment so that they too can raise their families," he added.

His opponent, Cllr Ross had earlier told audience members that tonight's selection convention was not about topping electoral polls, but was rather about "seat winning".

"If you give me this opportunity I will win that seat back," he defiantly predicted.

"This is about winning for all of us."

As it transpired in an evening which also took in an appearance from Fine Gael leader Leo Varadkar, that responsibility now befalls a certain postmaster from the north Longford village of Ballinalee.