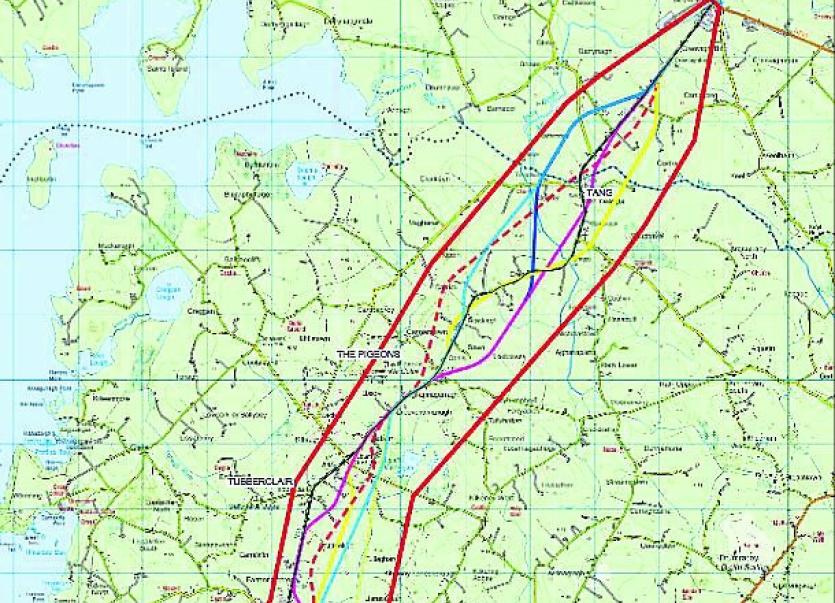 Six route options have been identified for a new carriageway linking Ballymahon to Athone.

Longford County Council in partnership with Westmeath County Council is currently developing a scheme for the improvement of the N55 between Ballymahon and Athlone, and this week it has emerged that six route options have been identified.

These latest developments will be presented at a public meeting later this month where locals will also be invited to make submissions in respect of matters.

Meanwhile, Cllr Paul Ross (FG) said, that while the scale of the project has become massive, it remains to be seen whether or not the finance will be made available to bring it to fruition.

Speaking to the Leader this week, Cllr Ross said the efforts so far have been “very badly publicised”.

“We know now there are six different routes and the corridor of interest has narrowed,” he added.
“These are six full length routes and the meeting at the end of the month will allow for the public to make submissions and eventually one route will be chosen.”

Sean Clancy, assistant engineer with Westmeath Co Council posted on Facebook that no decision on the final route would be made until March of next year.

“Transport Infrastructure Ireland (TII) and the NRA will still consider any submission that anyone wants to make in regard to each route,” he said.

“However the final selection will be based on economics, minimal disruption, archaeology, geography and ecology.”

Cllr Ross subsequently told the Leader that while the latest developments are positive, it is the first time since the process began that a full length route has been identified.

“The important thing now is that everyone will get the opportunity to have their say on the final route and this is very positive,” he continued.

“I’m a bit sceptical though about this project, I have to say; it has become so big and we could be a long time waiting for the money to bring it to completion.”

Meanwhile, Westmeath Co Council said these latest developments are as a direct result of a process that has been going on since as far back as last April.

“The announcement of the preferred route is expected in early 2019.

“Updated drawings are now available to view on our website or in the Westmeath National Roads Office, Culleen Beg, Mullingar, Co Westmeath.

“The WNRO staff continue to be available to the public to respond to any issues or queries they may have regarding the scheme.”