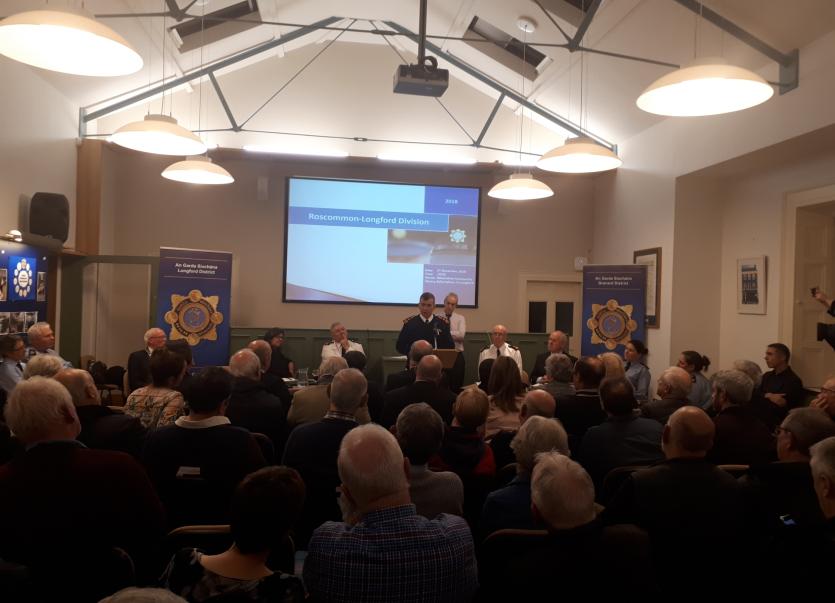 Garda Commissioner Drew Harris has heaped praise on the ongoing efforts gardaí in Longford are implementing in a bid to cut down on crime as he conceded his focus over the coming months is to replicate that same level of public confidence nationally.

In what was one of his first public engagements outside the capital since his appointment as Garda Commissioner was rubber stamped just over two months ago, Mr Harris singled out the cross collaborative approach gardaí together with various other state agencies had adopted in a bid to curb rural crime.

Mr Harris, however, conceded that one of his main priorities was to restore a broader public trust in the force given the many recent controversies which has dogged it in recent times.

The evening also heard a number of presentations from local garda bosses, led by Chief Supt Tony Healy and Longford Garda Supt Jim Delaney as well as insights from members of the public with one of the most striking coming courtesy of Kitty Hughes, Chairperson of Longford Older Persons Council.