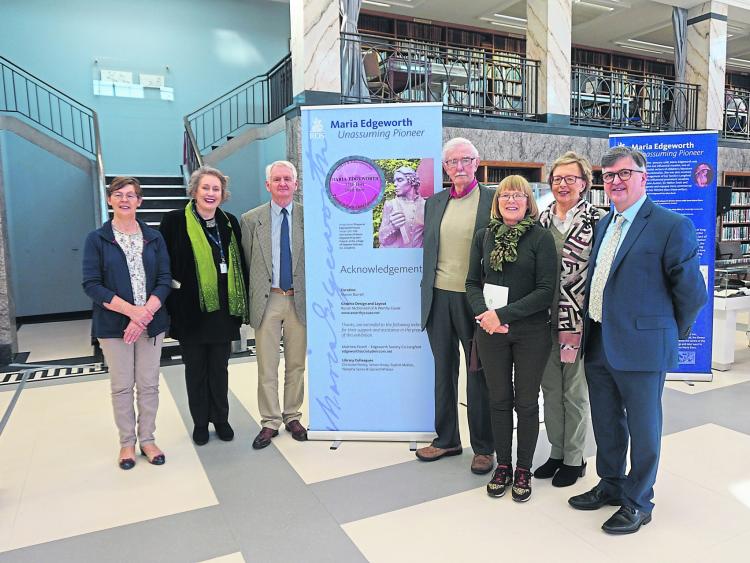 As part of the 250th anniversary of the birth of Edgeworthstown and Longford novelist Maria Edgeworth, the RDS have curated a wonderful Edgworth exhibition that is open to the public until November 4.

On Thursday last, Matt Farrell of the Edgeworth Society gave an address to members of the Royal Dublin Society.
He expressed his delight that the RDS saw fit to celebrate this anniversary, which adds to all the events that have already taken place.

The year started with the launch of Valarie Pakenham's publication of the edited letters of Maria Edgeworth, this was followed by a conference in Rome, quickly followed by the publication of a commemorative supplement in April.
In May, the Edgeworth Society hosted their annual Literary Festival which included 'Maria in Mind', a one-woman show based on the life of Maria Edgeworth.

These events were followed by a conference in York in England and a Symposium in Fordham University in New York.
The Society is now looking forward to the staging of Castle Rackrent at the Backstage Theatre, it is a hilarious and raucous tale based on the novel by Maria Edgeworth of the same name.

The final event of the anniversary year will be a three day conference organised by the Royal Irish Academy and Trinity College Dublin.

Matt Farrell took the opportunity in the RDS to acknowledge all the support the Society received from individuals, organisations and institutions who gave so freely of their time and resources to make this a wonderful anniversary year.

All these events have created a new awareness of the importance of the legacy of the Edgeworth Family, the Society are now hopeful that this awareness will bring visitors to Edgeworthstown where they can discover the greater story based on the town's rich heritage.