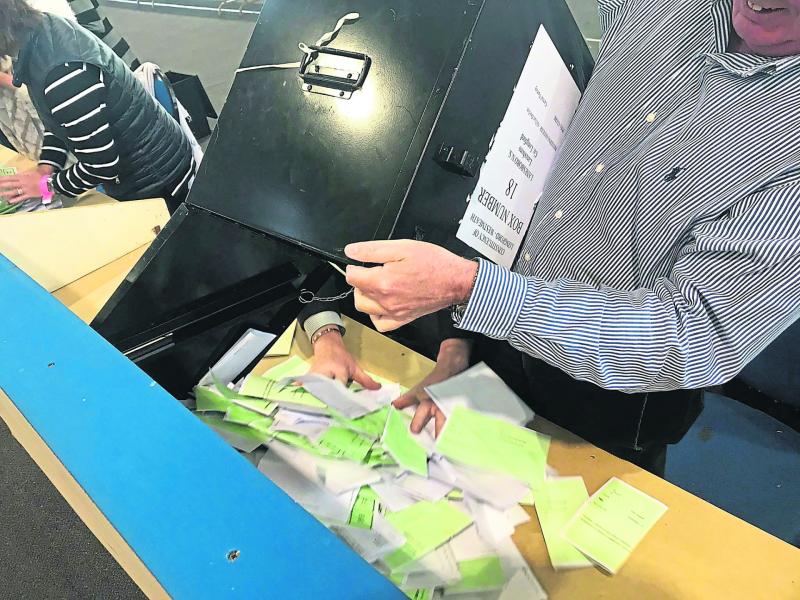 The biggest talking point to emerge from last Saturday’s count was not about the former Labour minister becoming the first president to be re-elected for a second term since Éamon de Valera in 1966.

Neither was it restricted to haphazard gossip over the distinct lack of political figures and even tallymen and women to record voting patterns within the vast but eerie halls of Athlone’s International Arena.

Rather, this was an election which will be remembered for one overriding upshot - the decision of Longford voters to select Peter Casey as their preferred President and not the 77-year-old incumbent, who attracted more than 55 per cent of the nation’s first preference votes.

According to a cross section of boxes taken from Saturday’s count, 37.41 per cent of the county’s electorate sided with the former Dragons’ Den investor as opposed to the 37.19 per cent of voters who gave their backing to Mr Higgins.

Given the controversial remarks made by the Derry native over his view that Travellers should not be recognised as an ethnic minority, the fact Longford appeared to endorse such a rhetoric is as eye-opening as it is emblematic of an anti-establishment vote.

Of course, many industry experts will point to the low turnout, a public very much at odds from a campaign bereft of intrigue, not to mention the unpropitious qualities of those looking to displace Mr Higgins from the Áras.

But it was the results from some of the more rural pockets of Co Longford which this campaign will ultimately be remembered for.

Boxes in Clondra, Moyne and Killoe, the latter of which saw Mr Casey attract almost double (147 to 75) the vote of his nearest rival, ensured Longford would be one of the few counties that bucked a prevailing national trend.

There were similarly notable scalps for the Irish-American tycoon in the likes of Ballinamuck, Newtownforbes, Drumlish and Stonepark.

This, from a county whose largest urban centre, according to the last census, accounts for the second highest number of Travellers in the country.

Representative groups such as Pavee Point may argue the point one of the reasons behind the Longford vote was due to the fact many Travellers are not registered to vote.

But if the events of the past weekend have told us anything, the onus is on society to thrash out these issues and reasons as to why Longford voters exercised their franchise in the way they did.

If we don’t, it could be a decision we live to regret.