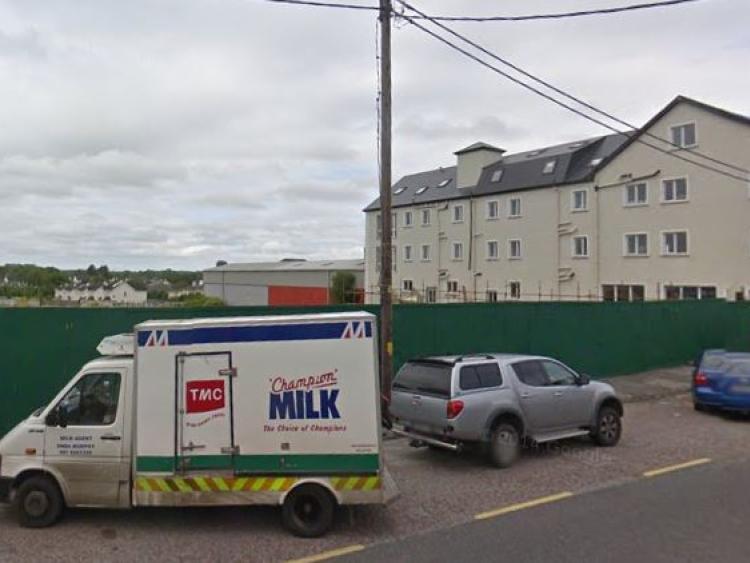 The proposed site for Edgeworthstown library. Rural Affairs Minister Michael Ring will visit the site later today where it is expected the final tranche of State aid for the project will be announced.

Minister for Rural Affairs Micheal Ring will formally announce the go-ahead for a new, state of the art library for Edgeworthstown this afternoon.

The Mayo TD is set to approve the final tranche in State funding to the long awaited facility after it was granted €1.25m in government aid last year.

Longford County Council has already committed 25 per cent in financial backing to the project with Mr Ring's visit to the county later today expected to coincide in the remaining balance being allocated to the development.

Despite the project still yet to proceed to tender stage, the Leader understands the total cost of the development to be in or around the €3.5m mark.

Local Cllr Paul Ross said this afternoon's eagerly awaited announcement will inject a much needed boost to the area.

"Both myself and Edgeworthstown Community Development have been working on this for a long number of years," said Cllr Ross, who claimed the development would serve as a "regeneration project" for the town and its surrounding areas.

"Edgeworthstown has been crying out for something like this and, I have no doubt, it will give the whole town a massive lift.

"We have been waiting a long time for this and to get to the stage we are now at."

It's likely work on the project, subject to tender, will get underway early in the new year.

Longford Westmeath TD Kevin Boxer Moran underlined those sentiments as he paid tribute to the efforts of senior local authority officials in bringing the project to fruition.

"Michael Ring has been very good to Longford in the past and today's announcement only reaffirms that," he said.

"Both John Brannigan (Director of Services) and Paddy Mahon (Chief Executive) have put hug effort in in transforming Longford over the past couple of years and since I have been in government.

"What this is about though is everyone working together and to have someone in government who can fight for Longford and deliver for Longford.