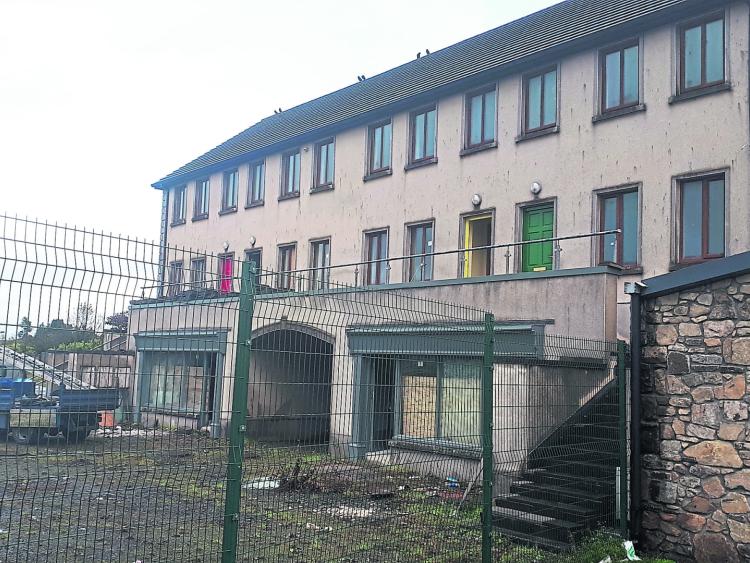 The 14 apartments at Greville Court in Granard, which are in line for a €2m overhaul under the Government's Rebuilding Ireland programme.

The ‘Repair and Lease’ scheme is designed to bring a greater number of vacant properties up to standard for renting purposes.

The concept is primarily focused on the owners of vacant properties who cannot afford or access the funding required to bring them up to approved standards.

Its workings provides homeowners with an interest free loan of up to €40,000 to carry out repairs in order for the property to be rented to an applicant on Longford County Council's approved housing waiting list.

Longford Fine Gael general election candidate Cllr Micheal Carrigy said the scheme formed one part of an all encompassing offensive in the fight against a much broader housing impasse.

“This scheme will allow people to do up their properties before then going into a ten year lease with the local authority for a ten year period,” said Cllr Carrigy.

The Ballinalee postmaster and Fine Gael group leader at local authority level was speaking following the announcement of a €2m social-housing development in Granard.

That will see 14 apartments at Greville Court, at the back of the town's Buttermarket, come back on stream.

Longford County Council also revealed this week its plans to deliver over 100 houses under the Rebuilding Ireland blueprint.

Cllr Carrigy said the investment was the latest chapter in the Government's efforts to tackle housing issues in the north Longford town.

Work on the restitution of one of Granard's oldest districts, Redmond's Terrace was symptomatic of that focus, he said.

Cllr Carrigy said the need to encourage more affordable housing schemes was just as essential in order to help those people who cannot secure a mortgage butwho also fail to qualify for housing assistance support.

“I fully concur with that view,” he said, when the topic was put to him.

“We need to work with developers so that an affordable housing scheme can be rolled out to look after those people.”