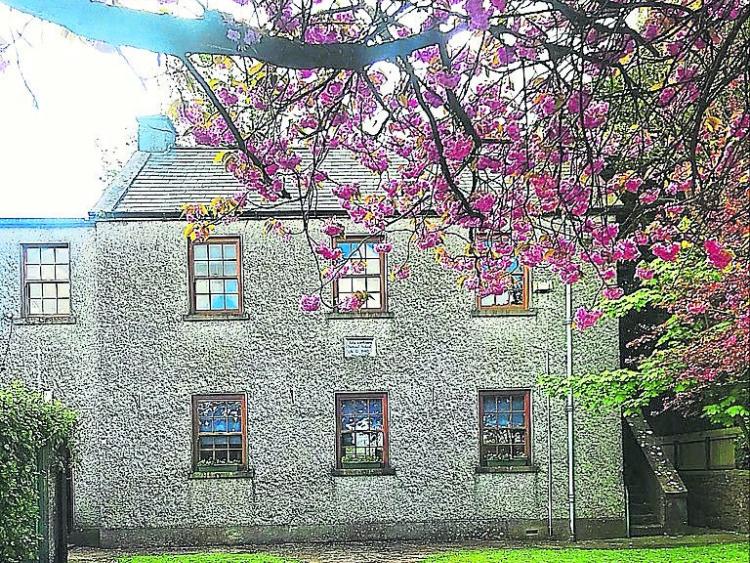 Edgeworthstown was known far and wide for its association with new ideas on education.

In 1799 Richard Lovell Edgeworth sponsored a bill in Parliament which had the stated purpose of setting up a public education system for poorer children in Ireland.

He had founded schools in Edgeworthstown based on these ideas and these schools were going well when the National System of Education was introduced in 1831.

Edgeworthstown now boasts one of the oldest schoolhouses in Ireland (pictured below) having been built in 1840.

The signatories for the application to establish the school were the Internationally acclaimed author and writer Maria Edgeworth, CJ Edgeworth, Rev Thomas Gray PP and Laurence Reynolds.

The school opened on Monday April 26, 1841 and the first headmaster was a Mr John Hanlon.

The building operated as a school until 1953 when it closed and was replaced by a new boy’s school in the town. The last headmaster was Mr Richard Hyland who retired on June 30, 1953.

The school is now a community facility and an attraction on the Edgeworth Heritage Trail.

It is now proposed to enhance the building, with a view to telling the story of the development of early 18th century education in Ireland and the part played by Edgeworthstown and the Edgeworth family.

This project is being undertaken by Edgeworthstown District Development Association and The Edgeworth Society with the support of Fáilte Ireland under the Ireland’s Hidden Heartlands Brand and Longford County Council.

The committee are now looking for help in researching the project and would welcome an input from anyone who attended the school or who have any stories associated with the school.

The committee are also looking to collect memorabilia and items of interest associated with early primary school education in Ireland.