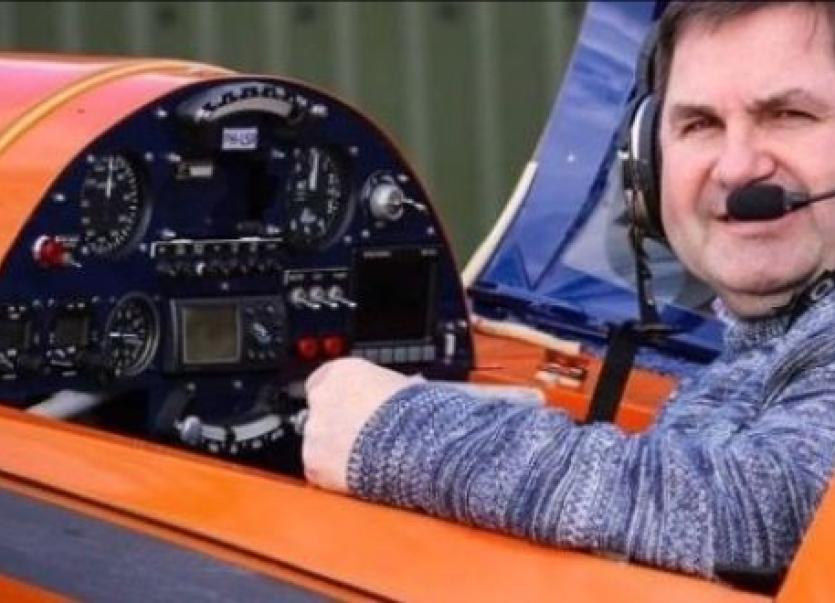 William Hillick died when his plane crashed in Abbeyshrule in March 2016.

The jury at the inquest into the death of William Hillick, the pilot who died after his plane crashed in Abbeyshrule in March 2016, have returned a verdict of accidental death and recommended that pilots using acrobatic planes receive further training, following a hearing in Longford this afternoon.

Mr Hillick (47), Killucan Road, Mullingar, Co Westmeath died after the aircraft he was flying at the airfield in Abbeyshrule hit the ground while he was carrying out various manoeuvres.

During this afternoon’s inquest, John Galvin told how he, Gerry Doyle and Mr Hillick and his girlfriend Kamila Kuriata travelled to the Aran Islands earlier that day in a light aircraft which was flown by Mr Hillick.

Mr Doyle said he then flew the plane back with the friends arriving in Abbeyshrule at 17:00.

“Willie got off the plane, went over to the hanger and took out his own plane,” Mr Galvin said, before pointing out that Mr Hillick engaged in a number of circuits at approximately 800-1,000 feet.

“On the third circuit he gave way to an incoming plane; he was doing barrel rolls and on the downwind I saw the plane heading for the ground.

At this point, the inquest heard that Mr Galvin, Mr Doyle and Ms Kuriata got into the car and travelled to the site of the accident which was in a field close to the airfield.

“The plane was in bits and Willie was lying on the ground,” Mr Galvin said.

“Willie was an experienced pilot but he was flying a new aircraft that day.”

He said that when he saw Mr Hillick doing barrel rolls he became “very concerned”.

“Willie was flying a very powerful plane and he was inexperienced with aircraft like this,” Mr Doyle continued.

“He got a new plane and while he was a very good pilot, that plane was new and he should have gotten training before he used it.

“He was doing barrel rolls too close to the ground.

“I saw the plane nose dive and then I heard a bang.”

Kevin O'Ceallaigh, Inspector with the Air Accident Investigation Unit then told proceedings that on the occasion, it was only the pilot’s second flight in the aircraft.

He said eye witnesses observed the plane nose dive and then crash in a field belonging to a local farmer.

“There was no record of the pilot having gone through instructions with regards to this type of aircraft and the aircraft conducted a number of aerobatic manoeuvres at a height lower than recommended,” he said.

Mr O'Ceallaigh also pointed out that the probable cause of the accident was the plane hitting the ground.

“The plane lost control and hit the ground,” he continued.

“We would be recommending that pilots receive more training when it comes to these type of planes.”

In her evidence to the inquest, Garda Rachel Joynt confirmed that Mr Hillick died on impact.

She said his body was removed initially to the Midland Regional Hospital, Mullingar and then to Tullamore where a post mortem was carried out.