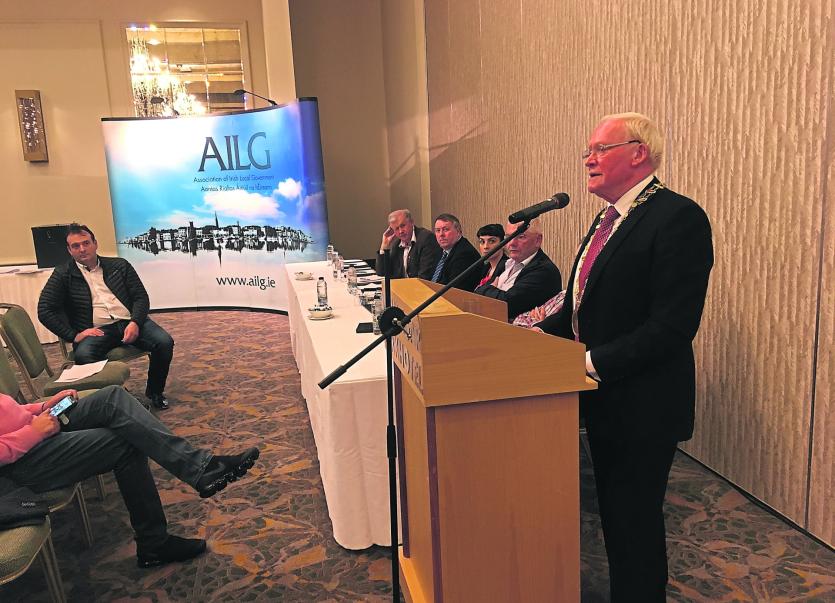 Move over President Higgins, County Longford now has its own president after Cllr Luie McEntire was elected to the top position within the Association of Irish Government (AILG).

The experienced and hugely respected Longford County Council Cathaoirleach was installed as the organisation's most senior officer at its annual general meeting in Mullingar last Wednesday.

A body which acts as a lobby group as well as representing 949 councillors nationwide, the AILG is made up of the President, vice and past presidents and 10 executive members.

It is also widely viewed as arguably the most prestigious role within the local authority arena, something which the newly elected president is relishing.

When the opportunity came I didn't think it would arrive in the same year I was made Cathaoirleach,” said Cllr McEntire.

The Dromard based Fianna Fáil councillor was just as quick to dispel any fears over how his new duties might impinge on his work at local level.

“The executive meets twice a month and all types of matters are discussed from the housing situation to other important matters like Brexit.

“But the fact I am a full time public representative I know I will have no problem in handling it (AILG presidency),” he said.
Never one to shy away from his duties as a public representative which he has enjoyed for the past four decades, Cllr McEntire was understandably thrilled at the announcement.

“It's a great honour, it really is and being the first Longford man to get it makes it that bit more special,” said an appreciative Cllr McEntire, as he joked that there were “two chains going out to north Longford now”.
“What I can't do though is forget the people down in north Longford who put me there and have been keeping me here for the past 40 years,” he added.

From the sounds of it, that lengthy tenure is one which could well be extended by another five years at least, if the AILG's latest head honcho gets his way when voters return to the local election polls next May.