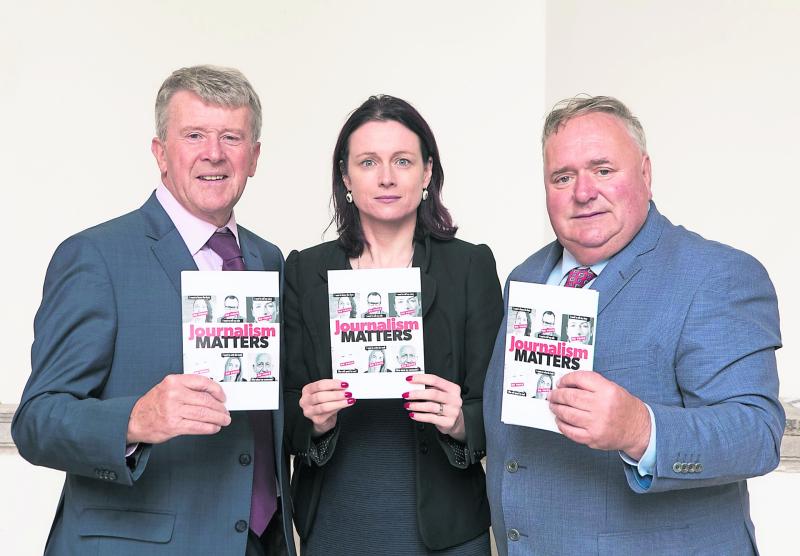 More than 40 editors from local, regional and national newspaper titles last week briefed members of the Oireachtas on the need for Budget 2019 to include supports for independent journalism in Ireland.

Local Ireland and NewsBrands Ireland have a campaign underway called #JournalismMatters, which highlights the need to support Irish journalism, now more than ever.

The campaign calls on the Government to use Budget 2019 to deliver on a five-point-plan for the industry:
*Apply a 5% VAT rate to newspapers and digital products in Budget 2019, ahead of ultimately reducing to 0% once EU laws allow.
*Reform Ireland’s draconian defamation laws to ensure that the stories that need to be told, are told.
*Appoint a Minister for Media – a single member of the Cabinet should have oversight for all aspects of our complex media landscape.
*Establish a News Publishers Media Fund – to drive innovation and investment.
*Invest in a training support scheme for all journalists - #JournalismMatters.

“Aside from the loss to democratic life in our society, the losses will be big in many communities – jobs will go, not just in the newspaper titles, but many of the supporting ones in newsagents and other indirect jobs,” said President of Local Ireland, Frank Mulrennan.

“Without strong and healthy local newspapers, politicians will be challenged in maintaining engagement with the electorate because local newspapers reach at least 1.5 million people across Ireland each week.”

Chairman of NewsBrands Ireland, Vincent Crowley said, “The future of Irish journalism is at a crossroads and government inaction now is simply not an option.

“Without the supports and investment, and clarity on VAT rates, the sector will not be able to thrive and invest, but will falter and publications will be forced to close or at best scale back on the good, independent journalism that has been a bedrock of Irish democracy.

“The forthcoming budget gives this government the opportunity to send a strong message that it appreciates a vibrant news media industry in this country and is seeking ways to protect it for future generations.”

Read Also:  Role of local papers discussed at the Dail