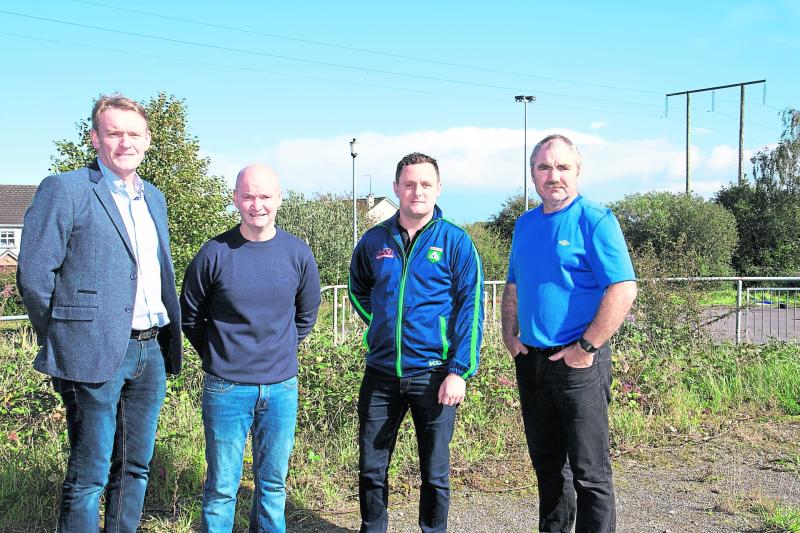 Major concerns have been raised this week by residents in Lanesboro over the proposed development of 14 houses by Longford Co Council in the Church view area of the town.

The site on which the houses have been earmarked is already home to an unfinished amenities facility, is close to a number of other homes and locals also believe that the land has been contaminated by asbestos.

As a result, a number of objections in respect of the planning application have been lodged with the local authority.

Speaking to the Leader, Cllr Gerard Farrell said that back in 1999, ESB - which owed the site - dumped rubble from the old power station there, and an investigation later revealed that there was asbestos in the soil.

“Efforts were subsequently made to turn the site into an amenities centre but that fell by the wayside and the site became derelict,” he added.

“Nobody is objecting to houses being built but people are genuinely concerned about the site that has been earmarked.”

Local resident, Joe Doran also spoke to the Leader over the weekend.

He said that 21 years ago, part of that land was given to residents in the Church View area to use as back access to their houses.

“Now the Council have taken it back but there was nothing put in writing,” said Mr Doran.

He continued, “Part of that land maybe 20 years ago was, as far as we know, contaminated with asbestos that was covered over; a stone's throw from where I am standing there is a development of 30 houses being built.”

Mr Doran says that Longford Co Council “has gone back on their word” and the asbestos issue is causing huge concern.

“There was a development of houses on the Longford Road that was finished back in 1999 and that was when the old power station was being knocked,” he said.

“Some of the clay was brought over here to develop the gardens but apparently some of that clay was supposedly contaminated with asbestos.

“Residents were brought to Dublin to get tested for asbestos at the time; it was all paid for by the ESB so there must have been something in it.”

Meanwhile, Johnny Kilcoyne pointed out that his house is directly beside the site.

“I wouldn't be dead against it; I would like to see something done with the place,” he added.

“Obviously the asbestos issue is a big issue.

“At the time they brought everyone to Dublin and everyone was tested. There are young families living here and what guarantees are there that something won't happen them if this is dug up?

"There's about eight or nine kids under 10 on this row alone and there will be big lorries coming in and out.”

Cllr Micheál Carrigy, meanwhile said that residents who live in Church View have been told by Longford Co Council that they are not to dig up their back gardens.

“A lot of work has already been done on the site with regards to recreational development and I think that should be finished out,” the local area representative in Ballinalee continued.

“The concerns the residents have are not unfounded, in fact they are very significant.”