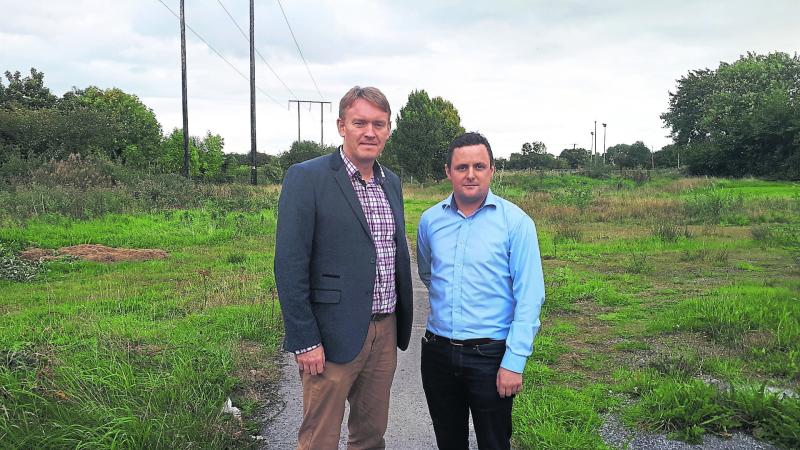 Residents living beside a proposed  Longford County Council housing development in Lanesboro have raised their concerns over the potential environmental repercussions its establishment could have on the local area.

Cllrs Micheal Carrigy  and  Gerard Farrell recently visited Church View in Lanesboro to meet with residents to discuss their concerns over the mooted development.

The site, which has a derelict 5-a-side basketball court, was subject to asbestos concerns that were allegedly buried on site a number of years previously.

Both councillors say they will be bringing the matter to the  attention of council officials in due course.