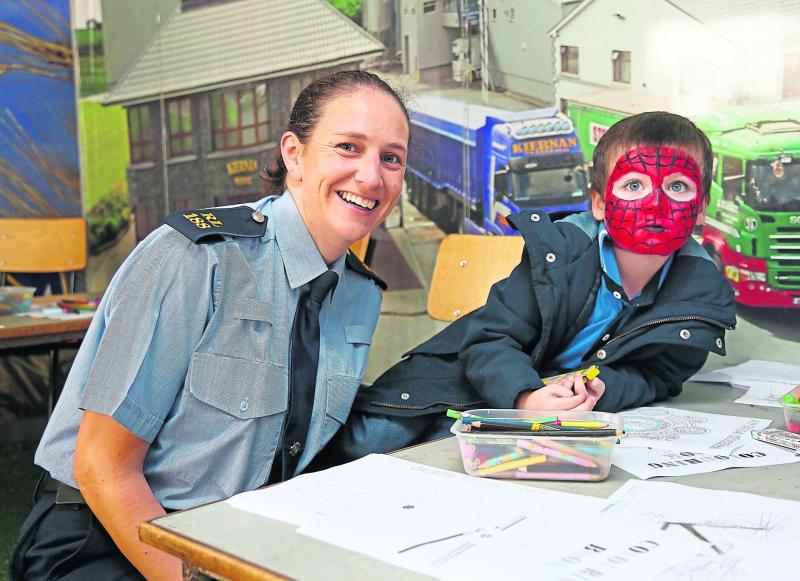 It's not every day of the week the public are afforded the chance to get a close up look of how the Gardaí conduct their business on a daily basis.

But that's what was brought to bear last Saturday as Longford Gardaí held the station's first ever open day event.

From almost as soon as the doors to the Battery Road station's doors opened, large swathes of interested observers could be seen milling around outside amid a cacophony of blaring siren sounds and a glare of flashing blue lights from a fleet of patrol cars which were lined out on display.

Estimated attendance numbers varied, as they often do on occasions of its type.
Some put the overall figure in the upper hundreds, others including the Gardaí's own Twitter account insisted the final count veered over the 1,000 mark.

Not that it mattered given the overwhelming success of an event that will undoubtedly live long in the memory for all those fortunate enough to savour it all.

From the chance to talk to and see the likes of the force's Armed Support Unit, Dog and Water Units all decked out in their official clobber, the Mounted Unit were a noteworthy source of attraction for the more youthful attendees.

And that's before any thought was given to the long line of eager onlookers who patiently waited to have their faces painted by Transition Year students from Scoil Mhuire.

All of this in the midst of a steady stream of acoustics from the Garda Band lent the occasion a more relaxed, almost debonair feel.

Inside, there was a chance for spectators to get a first hand look at the fingerprinting section and interviewing facilities while some, including this journalist's own excitable three year old, even at one stage threatened to become permanent residents inside the station's custody suite.

Those tales, in truth, only served to illustrate the success of the day and all that went with it.
“From a community engagement point of view it was a really big success,” said a plainly thrilled Superintendent Jim Delaney.

In making specific reference to the positivity surrounding a sensory hour for those with autism, the Longford Garda chief admitted even he was taken aback by it all.

“The amount of positive feedback we have got has been fantastic and morale around the station and District has benefited a great deal.

“It couldn't have gone any better.”