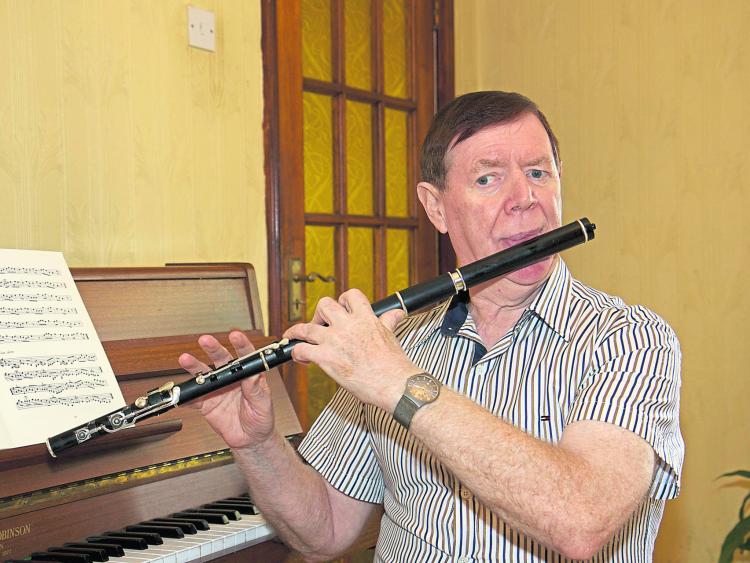 Newtownforbes was a hive of activity last Thursday night as over 160 eager children and adults signed up for traditional music, singing and dancing lessons.

Since its formation in November 2015 the branch has gone from strength to strength. Incorporating the Longford CCÉ branch that was run for many years by Jim and Eileen Barry, the Newtownforbes-Longford CCÉ branch now has over 170 members.

“We are delighted that so many children and adults are enjoying traditional music, singing and dancing in our village of Newtownforbes,” she added, before paying tribute to the local CCE committee whom she said worked tirelessly to ensure the smooth running of all the classes and events.

“History was made in April this year when Newtownforbes hosted Fleadh Cheoil Longfoirt for the first time.

“The three-day event had huge support from the local community and throughout the county. The committee look forward to doing it all again in 2019 when the lovely village of Newtownforbes will be the venue for the county fleadh for the second time.”

Meanwhile, Ms Ní Mhurchú believes the large attendance at the Fleadh Cheoil has spurred people on to learn an instrument.

This, she adds is reflected in the large numbers who turned up last week to register for lessons which will start on September 15 next.

“Last year saw the introduction of a class for adults which takes place at Teach Cheoil, Clondra every week,” continued Ms Ní Mhurchú.

“Participants in the class are so enthusiastic that they practised diligently all summer and took part in the recently revived Granard Harp Festival.

“Many pupils from the Newtownforbes branch participate in other musical events such as the Joe Mooney Summer School in Drumshanbo, the Midlands Busking Festival in Edgeworthstown and the Granard Harp Festival,” adds Ms Ní Mhurchú.

“In May this year the branch started a monthly session in McGowans, Newtownforbes, which takes place on the second Friday of every month.

“The session this Friday, September 14 will be a special night indeed as legendary musician Noel Sweeney will launch his new CD ‘The Friendly Visit’.”

With a long family tradition steeped in Irish traditional music, it is not surprising that Noel Sweeney has music running through his veins.

A deep love of music was infused in his soul as he was reared on a musical diet of traditional airs, along with jigs, reels, and hornpipes.

Noel began playing music on the tin whistle at the tender age of five at his home in the south Leitrim parish of Aughavas. His earliest teachers were his parents, accordion playing, William Sweeney and Katie Scollan, a sean-nós singer. Wind instruments have been Noel’s instruments of choice ever since.

“Noel’s playing will resonate with all those who recognise the Irish musical tradition as the unbridled labour of love that it is,” Ms Ní Mhurchú continued.

“He puts his soul into every note and every embellishment that he plays. He is not simply a passive holder of tradition, for he has added something new and unique to it.”

So, why not come along and enjoy the cream of Longford’s traditional musical talent, right on our doorstep – in McGowans, Newtownforbes at 9.30pm this Friday night!