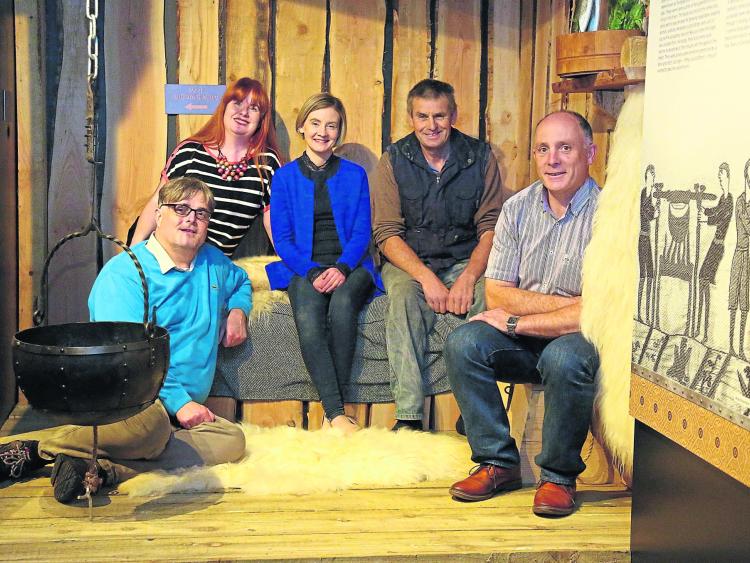 It’s been the best part of six years in the making, but for a small and dedicated band of altruistic volunteers from Granard, it’s a wait which could not have been more worthwhile.

On Sunday (3pm) that journey is one which promises to bring emotion, sentiment and quiet contentment in equal measure as the north Longford town finally opens its doors to a state of the art heritage and visitor centre.

'Knights and Conquests' as it has been aptly dubbed, eloquently tells the story of the Normans arrival into Ireland during the latter half of the 12th century.

Stylishly kitted out with all the mod cons typically associated with similar venues of its ilk, the finished product is living testament to how communities can move forward and prosper under the guise of one common stimulus-hard work.

From high-end interactive features and visually informative presentations on The Normans' association with Granard, you name it this cutting edge educational arena has it.

What's more, there's even a tasteful throwback to the Michael Collins-Kitty Kiernan era of the 1920s.

“It was 2012 when all this started,” said a visibly upbeat committee member Padraig McNamara as he offered his hand to the Leader during a walkabout of the centre last Friday evening.

“The place was lying idle, the downturn came and it went into receivership but a group of us had a vision of having a centre like this in our town to help the town, number one which it has done.”

With the alluring whiff that comes with a new premises still very much in the air, Padraig explained how the idea behind Co Longford’s latest tourism hot spot was first spawned.

The onset of two commercial units together with 15 acres of land coming onto the market along the main N55 soon sparked conversations locally over how best to utilise them.

Public meetings were held. Tentative talks with NAMA, who held all the aces as to its potential sale were opened. But what the proposed venture needed though was community engagement, something which became very much evident from the outset.

“When we started out we didn’t have the money to do it,” confided the local postmaster.

“We said ‘How are we going to do this?’ We had public meetings in the town and there was a huge response to it.

“People came in and they just couldn’t believe this was going to happen in their town.”

Armed with a €10,000 deposit laid down by ten local community members to provisionally secure the site, the focus soon switched to servicing what would ultimately be a €175,000 loan through fundraising.

A hugely successful 500 club draw helped kick the philanthropic ball rolling while a major drive across the Atlantic in 2016 saw the group raise over €40,000 among ex-pats living overseas.

Not bad for a modestly sized committee of local volunteers who hadn’t a red cent to rub together some four years earlier.

Padraig’s sense of appreciation and gratitude as a consequence of those efforts are drawn upon time and again during the course of our exchange.

So too is the credit which is laid at the doors of local authority chiefs and elected members who, he claims, went above and beyond their public service pay grades to aid the project.

“I think this town (Granard) is streaming ahead,” he confidently asserted.

“But we wouldn’t be doing this without the county council’s support and the municipal district that are here are just second to none.

The decisive injection of some €200,000 under the REDZ (Rural Economic Development Zones) Programme was perhaps the most significant factor in bringing the enterprise one step closer to realisation.

It’s a situation organisers like Padraig could only have dreamed about back in 2012.

“We need that funding to do the second phase.”

The appointment of an hospitable and dynamic manager in the form of Mullahoran’s Tara Brady has added a professional feel to affairs while talks with Failte Ireland have already begun about how best to bring the centre and 15 acre park to the next level.

The latter will focus largely on providing unique insights into how the Normans lived and occupied their time in Granard, offering exclusive educationary supports to audiences both domestically and overseas.

“It’s not only for schools, this is bigger than that,” argued a bullish sounding Padraig.

“It’s a much broader theme we are doing.

“We are also doing it for the county itself, for the visitors who come to the area as we go and visit the likes of Kerry and these other places they will come and see what we have. We are hidden, it’s a hidden gem we have here.”

From the breathtaking proof of what will be unveiled in Granard this Sunday, it’s an argument which could not be more fitting.