Longford anglers lament 'death of a once great fishery' 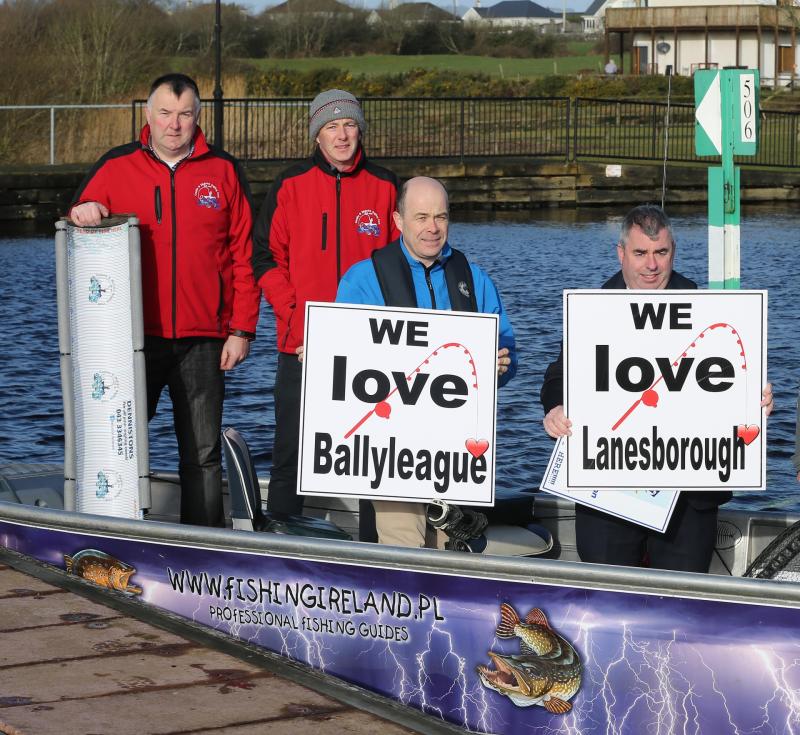 Local anglers, lamenting the 'death of a once great fishery' - the world renowned Lanesboro hot water stretch, are this weekend pleading with two Government Ministers to use their emergency powers to order remedial work to be undertaken - before it is too late.

Philip Gordon, Secretary Lough Ree Angling Hub, made the impassioned plea in a letter to Minister for Communications, Climate Action and Environment Denis Naughten TD and Minister of State for the Office of Public Works and Flood Relief Kevin 'Boxer' Moran TD. He also sent photos of the hot water stretch to the pair.

Mr Gordon stressed that it would be a huge blow to tourism in the region and cost the economy thousands of Euro if the Lanesboro hot water stretch isn't dredged.

The Lough Ree Angling Hub previously highlighted concerns about the hot water stretch to the Ministers when they attended a launch event, but a frustrated Mr Gordon said the situation now is much worse with no fish, heavy weed and pollution.

Mr Gordon wrote, "We are really at our wits end with this problem now and feel we have to take action to highlight the death of a once great fishery.

"Unless this stretch is dredged in the very near future the fishery is GONE for ever - a fishery that was worth thousands of euros to the economy here.

Pleading with the Ministers to do something to help, Mr Gordon remarked, "We are appealing to you both to work together and save our fishery. Your departments have the power and the authority to correct this. Under emergency powers you have the ability to order remedial work to be undertaken - before it is too late."

He revealed that Minister Moran said the OPW will have a senior official on site in Lanesboro on Monday, September 17 to see the problem and recommend appropriate action.

Lough Ree Angling Hub have invited MEPs, local TDs and Senators, councillors and the EPA to meet with them on Friday, September 21 and to work with them to solve this problem.

Mr Gordon concluded with a stark warning, "This hot water stretch was once known all over the world - now it is DEAD. We would love to see it saved but unless you can help urgently that will not happen."