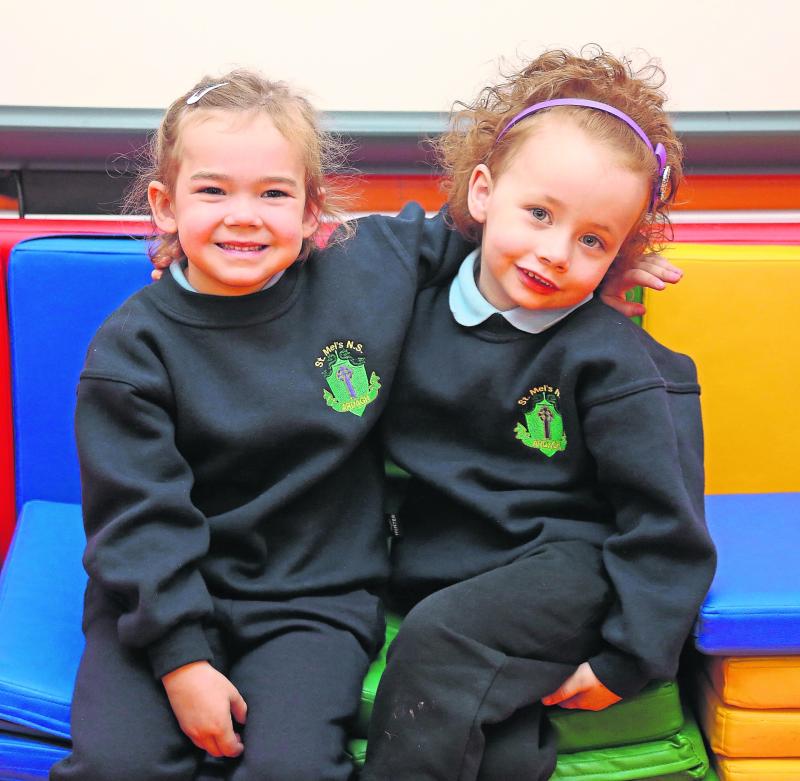 For many of the tiniest students in the country, this week marked the beginning of their school lives.

Junior Infants opened its doors in all schools to a whole new bunch of little faces who were busting at the seams with anticipation for the long-awaited first day of school.

As parents stole their final hugs and kisses, scurrying off before their absence was noticed, their little ones were introduced to their future friends.

While the first day of school can be an exciting and scary time for the infants, often times it’s the parents who find themselves more distraught than their kids.

While some were in the throes of tears and tantrums, Clodagh Kelly, who completed her first day in Legan National School, had no such woes on the big day.

“Overall she was really excited she’s been looking forward to it for ages.

“Luckily there was no tears on the day. She just couldn’t wait, she was ready to go by half eight,” her doting mother Caroline told the Leader.

“We had more nerves than her, there was so much apprehension on our behalf but she just couldn’t wait.

“She’s the only girl in her class as well but it doesn’t seem to phase her. I’m delighted she’s happy,” she continued.

A new classmate of Clodagh’s shared equal anticipation for his first day in Legan National School.

Josh Gannon’s mother, Kelly, beamed with pride when speaking of her son’s experience saying “Josh’s first day went very well, he’s been waiting all summer for the moment to arrive.

“Josh attended the crèche in Legan and many of the students there will be in his class now in school so he’ll have no trouble making friends.”

Ms Corkery, the teacher of Gaelscoil Longfort’s junior infants class, says “the atmosphere on the day was good.

“The students were a bit quiet until they got outside to play and got to know each other a bit better.”

The students caused little trouble for Ms Corkery as she says they were all very well behaved and everyone, she feels, enjoyed their first day at ‘big school’.