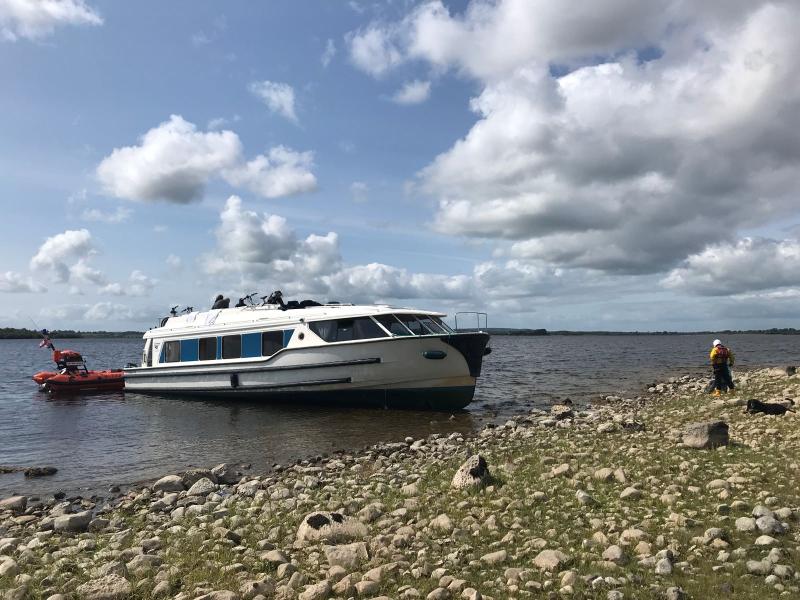 Lough Ree RNLI volunteers responded to a call out where a 37 foot boat, with four people on board, had become grounded on the Longford shore.

At 12.17pm on Wednesday, August 19, the Irish Coast Guard in Malin Head requested Lough Ree RNLI to go to the assistance of four people whose 37 foot boat had run aground on the Longford shore, to the north of Priest Island in the north of Lough Ree.

When they arrived on scene the crew members found the boat in deep water at the stern, while the bow was out of the water.

Also read: Longford mourns death of 'a great soldier' who possessed a wicked sense of humour

Having checked that all on board were uninjured and that the boat was undamaged the inshore lifeboat crew attempted to tow the boat into deeper water. Unfortunately they were unable to do so.

Mr Bradbury said, "It’s important to remain aware of your surrounds when out on the lake and how close to the shore you may be.  We would also like to extend our thanks to the lady who contacted the Coast Guard and remained on scene until our volunteers arrived."