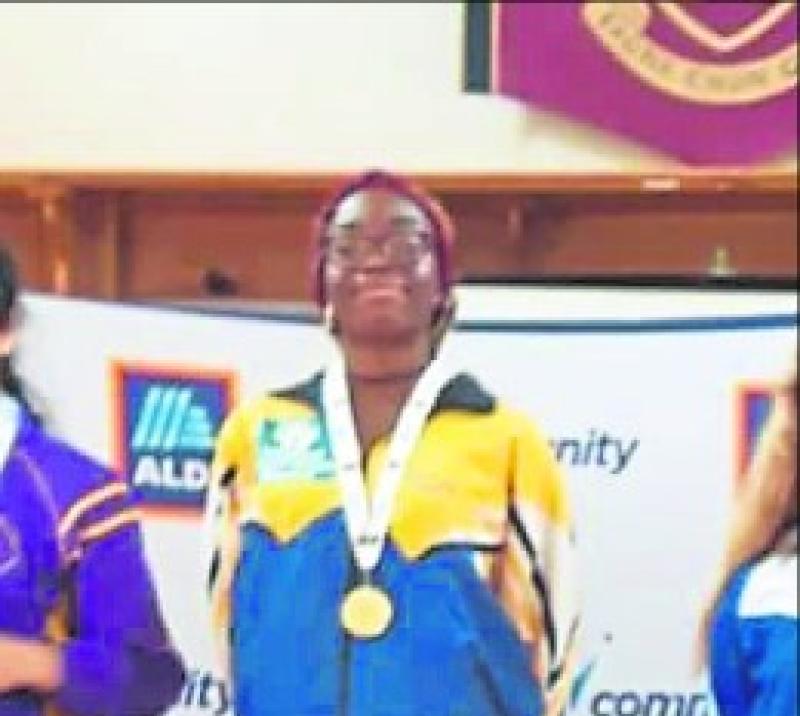 Talented sprint sisters, Yemi and Funmi Talabi, struck gold in the U-16 and U-14 100 metres events, respectively, while Izzy Masterson captured a third gold medal for Mostrim in the U-8 60 metres fina

Longford participants acquitted themselves admirably at the Aldi National Community Games Festival in the University of Limerick last weekend, with Mostrim’s gold medal hat-trick being the highlight.

Talented sprint sisters, Yemi and Funmi Talabi, struck gold in the U-16 and U-14 100 metres events, respectively, while Izzy Masterson captured a third gold medal for Mostrim in the U-8 60 metres final.

Mostrim’s impressive medals haul didn’t end with their golden trio. Their Under 14 relay team, consisting of Solomon Edwards, Fahad Alam, Oliver Kuponiyi, Ali Aqubal and Orrin Murphy, won silver medals. Ali made it a double as he finished third in the U-14 individual 100m, thereby adding a bronze medal to his silver relay award.

Cathal Horkan (Kenagh) won a silver medal in the U-8 60m B Final, and the Clonguish U-12 boys outdoor soccer team also came home with silver medals. Clonguish defeated Munster standard bearers, Doora-Barefield (Clare) 2-1 in the semi-final on Saturday and in the final they went down, on a similar score-line, to the Connacht champions, Clarinbridge (Galway).

There was a wonderful atmosphere on the UL campus, with former Irish and Munster rugby star Paul O’Connell making an appearance, as did Galway hurling manager Micheál Donoghue.

Longford County Secretary Shirley Maloney said, “There was great support for all our competitors. Well done to all the Longford participants and volunteer managers and coaches who participated and who represented the county with great pride and determination.”

In the track and field action on Saturday, which was streamed on Facebook live, Longford performed very well. Shirley explained, “Many of our participants qualified from heats to the semi finals on Sunday morning and despite intense competition from other counties we progressed into the National finals in 13 track events.”

Shirley thanked the two resident Longford county managers Siobhan and James Hynes ‘who did a wonderful job looking after all our participants at the weekend’.

She also thanked all the area managers, coaches and parents who put in a huge effort preparing the young competitors and coming to support them. “Well done also to National Volunteer Adult and Youth Officials from Longford Joe Fox , Betty Fox and Olivia Hoysted who were on duty helping out at the National Finals for the weekend!”

More photographs will be published in next week’s Longford Leader.