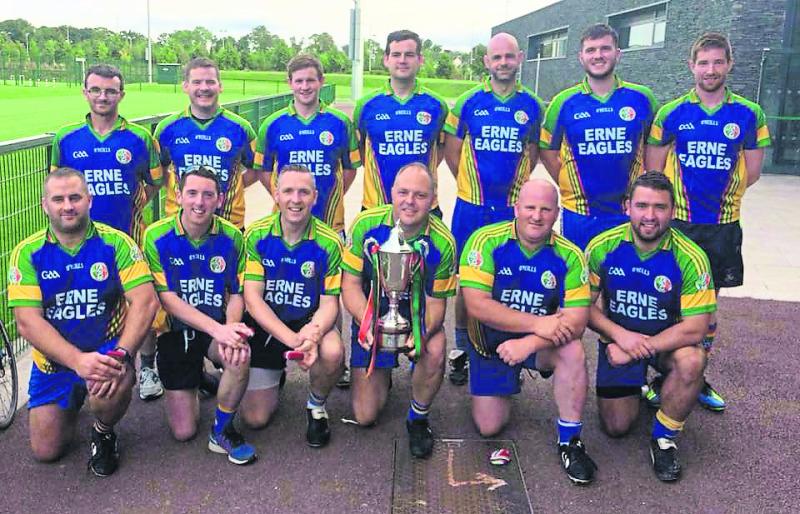 History, tinged with more than a smidgen of poignancy was in the air in Mullahoran at the weekend as the parish’s Erne Eagles Senior Men’s Rounders side captured the All-Ireland title following a dramatic win over Laois side, The Heath.

The game, which was played out in Abbotstown's National Sports Campus, marked the 20th anniversary since the side’s first All-Ireland triumph.

Despite those celebrations, there was plenty of emotion in the air not least because of the untimely loss of Dympna Reilly earlier this year.

One of the club’s most treasured and respected members, the popular Mullahoran native was a multiple All-Ireland rounders winner herself.

In a bid to make a concerted push at preserving their former team-mate’s memory, a number of past players who had been involved in the club’s first All-Ireland success two decades ago returned to the fray.

“Dympna was the glue of the whole team really,” reflected an emotional sounding Jim on Monday.

“That’s what made it (All-Ireland win) that bit more emotional as she helped keep everyone interested and playing over the years.”

A post on the club’s own Facebook page on Sunday fittingly summed up those sentiments with the simple, yet striking message: ‘We did it D.’

Later on Saturday evening, The Hideaway Pub in Cloncivid provided the backdrop for the after match celebrations with Jim adding: “There were a few sore heads on Sunday.”