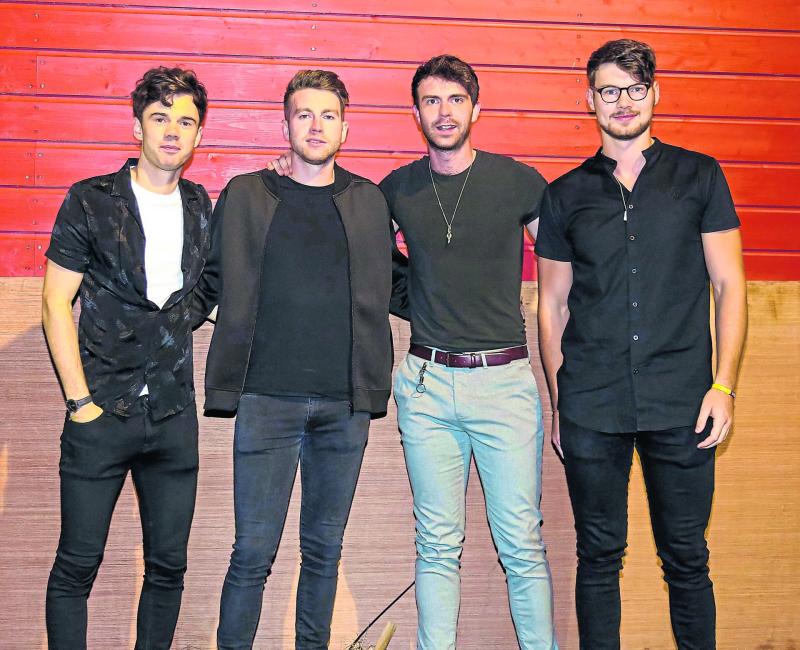 Brave Giant headlined the opening night of The Marquee in Drumlish Festival and on Sunday, they rocked Croke Park, as they performed during half time of the All-Ireland senior hurling final

Longford was entertained and in awe thanks to the amazing line-up that The Marquee in Drumlish had to offer last weekend.

The annual music festival has gained the reputation as one of Ireland’s leading independent music festivals and this weekend certainly lived up to that reputation. The various, first-rate acts meant no one in the crowd was left wanting for more.

The weekend kicked off with an indie-style bang on Friday with Painted Skies and Brave Giant.
Painted Skies, a young indie band from Longford, put fresh twists on songs from artists like Dua Lipa and the 1975 while also playing brilliant original songs like ‘Make Me Feel’.

Indie-folk band Brave Giant, who are taking Ireland by storm, had the room jumping at classic songs like ‘The Time I Met the Devil’ and ‘Lordy Lordy’ as well as an incredible mashup of songs ‘Glad You Came’ and ‘Thrift Shop’ with their famous folk twist.

Brave Giant continued to do Longford proud on Sunday when they played at the All-Ireland Senior Hurling Championship Final in Croke Park.

There was an electric atmosphere when DJ Fergal D’Arcy played, and there wasn’t a person in sight who wanted to leave come the end of the opening night.

The amazing music continued Saturday night, this time pleasing the country fans in the crowd. Performances from ‘DJ Christy’s Country Show’, Jimmy Buckley and Derek Ryan had every member in the audience dancing and singing along.

Sunday was no different; along with an Ed Sheeran tribute and, Jerry Fish performed his Electric Sideshow and played some alternative rock and, and indie band Cronin had everyone hooked.

Monday night had Irish country star and ‘Marquee Man himself’ Declan Nerney wowing the crowds and acted as the perfect close to a fantastic weekend.

The Marquee in Drumlish continues to go from strength to strength.

Of course, such an extraordinary festival wouldn’t be possible without the goodwill of people and local groups who offer their time and support, helping make the weekend truly unforgettable.