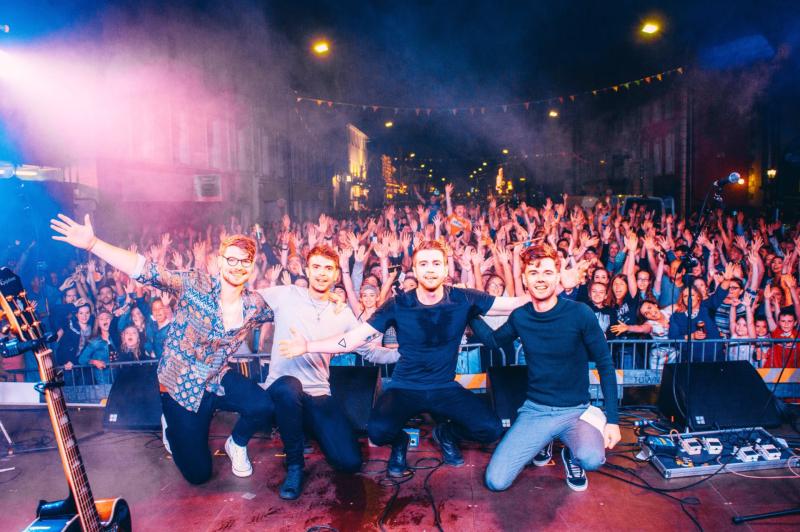 Brave Giant will be among the leading acts at this weekend's Marquee in Drumlish Festival.

Longford's most popular music festival, the Marquee in Drumlish, is set to kick off this weekend, with a stellar line up of artists ready to entertain crowds from all over the county and further afield.

And with the festival preparations well and truly underway, the committee are very grateful for the support of the local business community.

Once again Michael and Martin Mulleady of Mulleady Properties have pledged their valued support as main sponsors for the festival.

ALSO READ: Close to €9k in government funding for Marquee in Drumlish Festival

Broadband suppliers Imagine LTE have also once again come on board and will be supplying free Wi-Fi throughout the village and festival site throughout the weekend.

Cathal and Laura Quinn of Quinn’s Bar and The Ledwith Family are valued publican and licensee partners this year, while many other local businesses support the festival in many ways each year.

Aiden Gray and his family have provided the site for the festival each year and their continued backing is highly valued.

Fr Manning Gaels are currently in their ninth year of hosting The Marquee in Drumlish Festival.

As a community and voluntary festival, it has gone from strength to strength. Volunteerism is the backbone of all community groups and the festival could not take place without the goodwill of people and local groups who give up their time to steward festivalgoers.

It’s all about community spirit and each year the festival also donates funds to local community and voluntary groups.

Chairperson of Fr Manning Gaels GFC, Seamus Gallagher said that this year's festival promises to be a fantastic weekend for everyone.

“We would like to welcome everyone from near and far to our ninth annual festival,” he told the Longford Leader last week.

“A special word of thanks goes to our main sponsor, Mulleady Properties. Thanks also to our other sponsors, Imagine LTE Broadband.

“We also want to thank the whole community for their support - especially those adjacent to the festival site,” he continued.

Mr Gallagher added that this year's line-up is a strong one, with local bands, Brave Giant and Painted Skies opening the festival on Friday night followed by DJ Fergal D’Arcy.

On Saturday the marquee goes country with Jimmy Buckley and Derek Ryan.

The “fabulous” Cronin headline Sunday night with Jerry Fish and his Electric Sideshow, and also an Ed Sheeran Tribute Artist.

“On Monday, we'll have four hours of dancing with Mike Denver and the Marquee man himself, Declan Nerney,” he said.

“We’d like to thank the local Gardaí for their support and we are once looking forward to the Garda Mounted Unit attending over the weekend.”

Other events will take place across the weekend, including Monster Bingo and a kids' disco to ensure there's something for all the family to enjoy.