'I am in pain all the time', says Longford man awaiting hip replacement 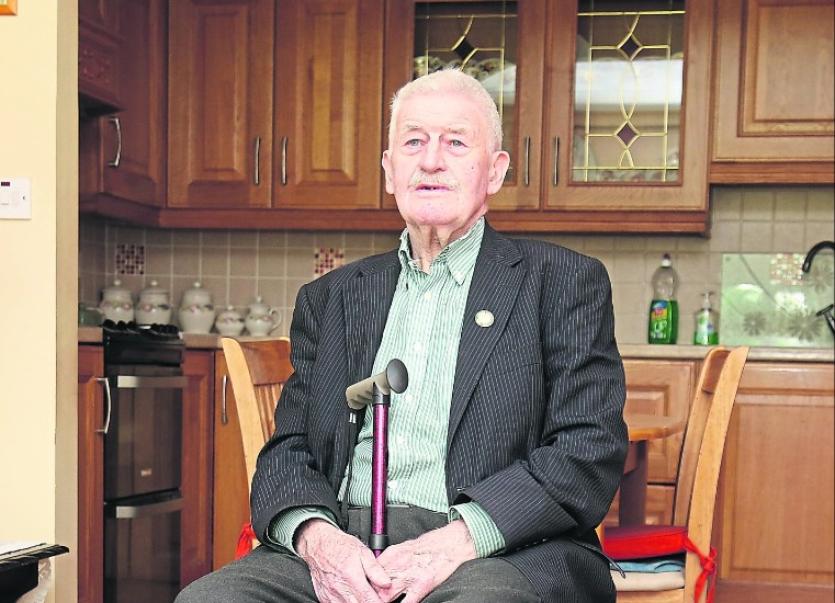 A philosophical looking Michael Brennan at his home in Longford this week.

“There is no day that goes by that I am not in pain.”

They were the harrowing words uttered by Longford man Michael Brennan this week as he told of the around the clock pain he continues to endure while waiting for a hip operation.

So frustrated by the crisis which has engulfed health service waiting figures, the latest of which last week revealed almost one million patients were awaiting appointments, the 79-year-old has decided to avoid those delays by travelling to Belfast to avail of the Cross Border Healthcare Directive (CBD).

“I wasn’t on the waiting list here,” said the former local politician, as he shuffled into the Leader’s offices this week with the aid of a walking stick.

“My local doctor Paddy Breslin, at the beginning he looked for Tullamore but we decided then to get me into Belfast. I’m not the only one who has been up there with the same complaint.”

Having served as an elected member of Longford County Council for over a decade during the 70s, the one time Independent representative can also lay claim to being a former chairman on the local authority.

In more recent times, the Longford native has endured somewhat of a more sedate lifestyle, hindered by the increasing physical distress he now encounters on an almost constant basis when walking and even lying in bed at night.

“I am suffering two to three years and it’s worse it’s getting.

“I am grand for a while when I am sitting but when I get up I am hardly able to walk.”

In a bid to fast-track his operation, Mr Brennan is now awaiting the green light from medics across the border after having a recent initial consultation under the Cross Border initiative.

It’s expected around 30,000 people will take up the directive this year highlighting the growing public angst against hospital waiting list figures.

The scheme, which began in Ireland in 2014, was implemented under legislation prepared by the European Commission, allows patients, who have a referral letter from their GP, to travel to another EU country to access healthcare that they would be entitled to in their own country.

Under the programme, patients pay for treatment themselves upfront and later claim it back from the HSE. Any treatment available in an Irish hospital or funded by the HSE is covered - from hip operations to cataracts and oncology treatment.

“I’ll have to wait, I know that,” said Mr Brennan, in an almost resigned manner.

As for his thoughts on the present health system this side of the Irish border, the retired public representative gave a candid and overwhelmingly scathing appraisal.

“It’s the lies that is being told to people is just outrageous. It’s not on.

“There is no day that goes by that I am not in pain. I can go nowhere without that. The whole thing (health service) is outrageous if you ask me.

“It’s a mickey mouse outfit, the whole thing. It wouldn’t be tolerated in any other country and it’s the bare faced lies that are being told which really gets me.”