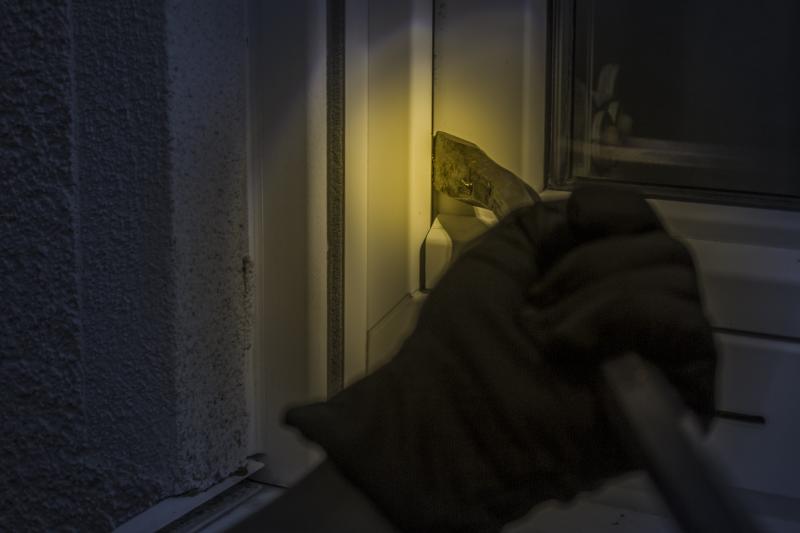 A garda manhunt is underway this afternoon for two members of a burglary gang who carried out a string of break-ins and attempted burglaries across the county yesterday.

Detectives believe the pair were behind three burglaries and attempted break-ins in Ardagh and Aughnacliffe yesterday afternoon.

The first took place shortly after lunchtime when both suspects tried to gain access to a private residence in Ardagh.

Their attempts, however, were thwarted when they were disturbed by the owner.

A short time later, the same black saloon car reported to have been seen speeding off from the scene, was observed in the Colmcille area where two further incidents were reported.

This time, the raiders managed to force their way into a vacant premises in Aughnacliffe village before making off with a number of items including jewellery.

A short distance away, a third house was similarly targeted. Like, the attempted raid in Ardagh the two suspects were forced to flee empty handed when they discovered workmen in the yard of the property.

It's also understood a fourth break-in is also under investigation in the Longford district, not far from Drumlish.

Gardaí are satisfied the same gang are behind each incident given the same modus operandi was used in each case.

A car initially believed to have been used in the break-ins was found abandoned in the Mullinalaghta area yesterday evening.

The UK registered vehicle was technically examined, but gardaí have since ruled out any link between it and the incidents of yesterday afternoon.

In the meantime, senior investigators are anxious to speak with anyone who may have noticed anything suspicious in the Ardagh and Aughnacliffe areas between the hours of 1pm and 4pm yesterday to contact Granard Garda Station (043) 6686512.

Equally, gardaí are urging homeowners to ensure their properties are fully secured and any valuable personal belongings are safely locked away.

Should any items be of particular sentimental and monetary worth, they are also advising people to take photographs of each item and to also record serial numbers both for insurance and investigation purposes.