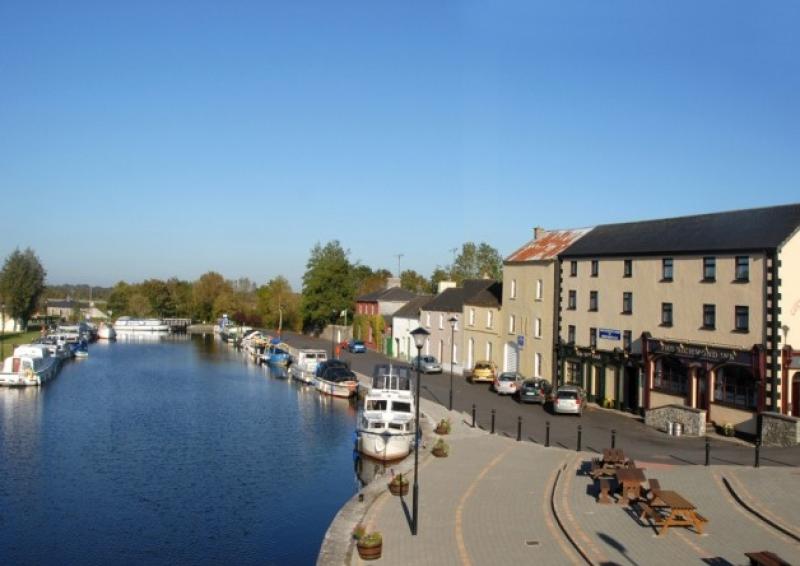 In this week's paper, the Longford Leader suggested eight places in the county that could have been included in the Hidden Heartlands ad campaign. Part one of that feature was published earlier in the week.

Much has been made of Longford’s apparent exclusion from the opening commercial broadcast signalling the initial rollout of Ireland’s Hidden Heartlands.

The tourism brand was launched amid considerable fanfare in April.

A total of nine counties stretching from Leitrim in the north to Limerick in the south were all pigeon-holed into a brand designed to boost tourism and drive visitor growth across the midlands region.

An initial €2m was set aside to coincide with its launch, with the promise of more to follow, the first signs of which were carried in a TV advertisement last month.

Despite the simmering anticipation greeting Longford’s expected inclusion in the broadcast, the county failed to feature, sparking a torrent of criticism at local political level.

Fáilte Ireland, in response, attempted to cool any lingering discontent, insisting Longford would play a part in future advertisements to highlight the brand.

This week, the Leader has taken the lead on that pledge by compiling a list of eight key attractions state tourism bosses perhaps should have included at the outset.

The term ‘Hidden Heartlands’ suggests there are secrets to be uncovered, and what better place to do that than in the heritage town of Ardagh, where the most intriguing of local mythology originates?

Ancient mythology dictates that Brí Leith - or Ardagh Mountain - was the home of Midir, a pre-Christian deity and Prince of the ‘Tuatha De Dannan’ or the fairy people of Ireland.

There is so much folklore associated with Brí Leith, with the Book of Tara and the Book of Rights telling of how the bilberries on Brí Leith were part of the harvest meal for the High Kind of Ireland.

In fact, the tradition of gathering bilberries continues today - usually on the first Sunday of August.

All fairy tales aside, the village of Ardagh played a hugely important role in the development of Christianity in Ireland.

During the fifth century, the centre of religious worship - which was previously in Brí Leith - moved to Ardagh itself, and the village grew around the Christian settlement made by St Patrick and then St Mel, who became the first bishop of the area.

St Mel is even said to be buried under the ruins of the old St Mel’s Church in Ardagh Village.

In fact, the entire village of Ardagh is a heritage site and has won many awards over the years, including Supreme Winner of the prestigious National Tidy Towns Competition - three times.

Pay a visit to the Midhir and Étain Café & Craft Gallery; stroll through the peaceful park; hunt for fairies in the woods; or take in the sight of the beautiful, old buildings that are simply dripping with history.

The discovery of a prehistoric trackway of large oak planks at Corlea Bog in 1984 has put the nearby village of Kenagh on the map, and added another heritage site to the county of Longford.

Dating to the year 148 BC, the trackway is an Iron Age road that crossed the bog.

In 1985, excavation work began, and four other trackways were discovered and, later, an additional sixteen tracks were found along the western edge of the bog.

According to the experts, who excavated Corlea Trackway, it would have been built to allow the passage of wheeled vehicles.

It was, however, not long in use before it actually sank into the peat where it then remained, preserved until its discovery in 1984.

The survival of these tracks through thousands of years tells a story of how early civilisations in Ireland lived.

Part of the trackway was excavated, treated and preserved and is now on display within the Corlea Trackway Visitor Centre, where tourists can see it for themselves.

Couple the intrigue of an ancient roadway with the beauty of the walkway that was opened up in the bog last year, the wildlife that can be spotted on a stroll through the scenic landscape, and the general beauty of miles and miles of bogland, and you’ve got the perfect location for visitors.

Who knows what else is hidden deep within the heartlands of this ancient bog?

The ‘Lake of Kings’, more widely known as Lough Ree, is the second largest lake on the River Shannon after Lough Derg.

The riverside town of Lanesboro has become famous for its fishing opportunities, with a number of competitions and festivals taking place each year and attracting anglers from all over the world to our humble county.

If it’s not fishing you’re into, though, you’ll learn plenty of Ireland’s ancient history in the islands. Inishcleraun, locally known as Quaker Island, is one of the most historically interesting islands on the lake.

It’s said to be where Queen Maebh met her death while bathing. It’s also the site of a monastic settlement founded in 540AD and is steeped in historical intrigue.

More recently, the lake is home to the Lough Ree Monster Festival, which takes place in Lanesboro in the summer months.

Take a trip down to this beautiful lake and you might just be lucky enough to spot the infamous Lough Ree monster yourself!

Rich past of the Royal Canal

The Royal Canal which was built in 1789, was first opened in 1817 and its scenic beauty can be enjoyed in many different parts of Co Longford.

Perhaps the most significant section along the Longford stretch of this beautiful Irish waterway is Richmond Harbour in Clondra, where the Royal Canal meets the River Shannon.

Richmond Harbour was reopened in September 2010 and there were great celebrations in Clondra last year as President Michael D Higgins paid a visit to join the 200th anniversary of the opening of the Royal Canal.

Cruising the Royal Canal is a wonderful experience and a perfect introduction to the laid back way of life that is synonymous with rural Ireland and its people.

Draped in beauty, peace and tranquility, the heart of the Irish countryside can be explored along this waterway.

You can also hire a boat from Clondra by contacting the boat company, ‘Locaboat’.

One of the most scenic waterways, stretching all the way from Dublin, any visit to Longford would be incomplete without a visit to the Royal Canal.