Longford post office closures are a 'blow to the community' 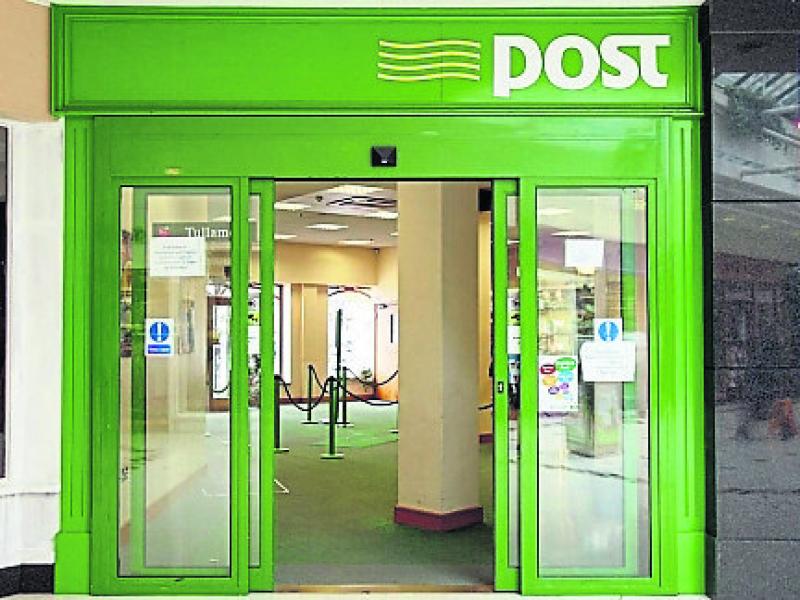 Following the recent announcement of the closure of a number of rural post offices, it appears the west of the country is in for the biggest elimination after it was confirmed 161 postmasters in the region have been granted voluntary redundancy.

An Post said the 161 postmasters' offices, from among a network of 1,111, were now "likely" to close with the announcement coming on the back of a leaked document - containing a portion of those taking the redundancy - showed how rural areas in the west were particularly exposed in comparison to eastern areas.

Here in Co Longford, Carrickboy and Cloonagh post offices will close after their postmasters availed of the voluntary redundancy on offer.

Cllr Mick Cahill (FF) said that the closure of Carrickboy Post Office was yet another indication of the way in which the Government was continuing to erode services from rural Ireland.

“The closure of Carrickboy Post Office is a serious blow to the community; it has provided a great service for a long number of years, but the job is labour intensive and with the change in commerce and business these days, it appears to me that these closures are part of what is now a natural shift,” he added.

Meanwhile, An Post said communities of more than 500 people would have a post office and that 95% of the population would be within 15km of at least one post office. All island post offices are being retained.

Needless to say, the move has sparked concern among rural representatives about the impact closures will have, especially in isolated areas.

“I can’t support the removal of rural services and something needs to be done to make rural services, including post offices, viable,” Cllr Cahill continued.

The local councillor went on to say that post offices were part of the very fabric of rural life and their closure was just a small example of how rural services were being eroded away altogether.
“Rural services need to be supported and older people need services close to them,” the local area representative in Colehill explained.

“Now older people in rural Ireland will find themselves having to travel long distances just to get to the nearest post office.”

Deputy, Robert Troy, a postmaster himself said that his colleagues who opted to take the redundancy package have been “absolutely entitled to do so”.

“They have given years of fantastic service to their local communities; however An Post and the Government cannot be allowed to use these redundancies as a smokescreen to close the post offices,” he added.

“This would constitute a direct attack on these communities and on rural Ireland.

“As a postmaster in my local community, I am keenly aware of the pressures faced in keeping rural post offices open. Under the current system the business is simply not there in many areas. This is why I have been advocating for some time that greater services need to be offered as part of the An Post network.

“Taking away the State harp from over the door signals the State’s withdrawal from the village and effectively tells people that the State no longer sees that village as a viable place to live and work.

There is a domino effect when it comes to the removal of State services from villages and rural towns.”

Longford town's Cllr Joe Flaherty said An Post was well aware of its obligations and responsibilities to rural Ireland, but was “simply choosing” to walk away from them.

“According to An Post's annual report, 76% of the population are using the Post Office,” he added.

“Name any other local business that can say three out of every four people are availing of their services?

“An Post makes no secret of the fact that their future plans are modelled on the German Deutsche Post and other European models that have also been allowed to turn their backs on rural communities.

“Once again rural Longford is set to lose further services and pay the price in the shameful march towards even greater profits.

“This is one of the few companies that are actually profiting on the back of online shopping. Parcel business was up 30% in 2017 and will certainly continue to grow. An Post is the preferred delivery partner for Amazon and DHL.”