'It's time for judges to get tough with Longford's illegal dumpers' 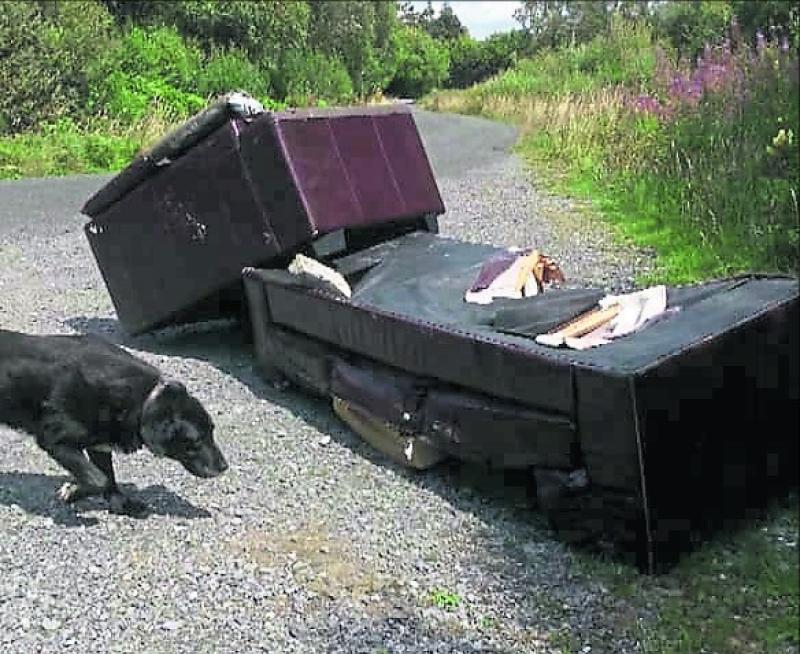 The remnants of a sofa which was found along a roadside in Longford town last week.

Anyone caught in the act of illegal dumping should have any court imposed fines taken directly out of their income.

That is what judges and senior members of the judiciary are being urged to impose on those found guilty of illegal fly-tipping.

Cllr Gerry Warnock said the time had come for the courts to take a tougher hand with dumping following a recent spate of incidents being reported in the greater Longford town area.

“The buck has to stop somewhere and I firmly believe the only way to do that is by hitting these people in the pockets,” said Cllr Warnock.

The Independent councillor was speaking after fresh images emerged on social media last week of dumping in the Ferafad area.

In photographs, ironically similar to previous pictures carried by this newspaper, a tattered looking sofa can be seen lying along a roadway.

Only a matter of yards away a couple of torn refuse bin liners together with their contents lay dumped among nearby bushes.

Back in April, the Leader told of how a trailer load of household domestic waste was found discarded in the same area and along he locally named 'Ferafad Walk'.

Beer cans, mattresses, rotting cardboard and the remnants of unkempt household furniture were among the items left along both sides of the road.

However, he said the only way to counter the problem from the outset was through more draconian enforcement measures.

“I firmly believe that if a person is caught and convicted (of illegal dumping) an attachment order should be applied to their income,” said Cllr Warnock.

“It's time to take away all this talk of affordability.”

Cllr Warnock backed up his urgings by citing the mantra: “If you don't pay we will take your money way.

“Unfortunately, there are no meaningful consequences in place, but if an attachment order is made on a person's source of income it will act as a major deterrent.”