Living in the now and facing life head on 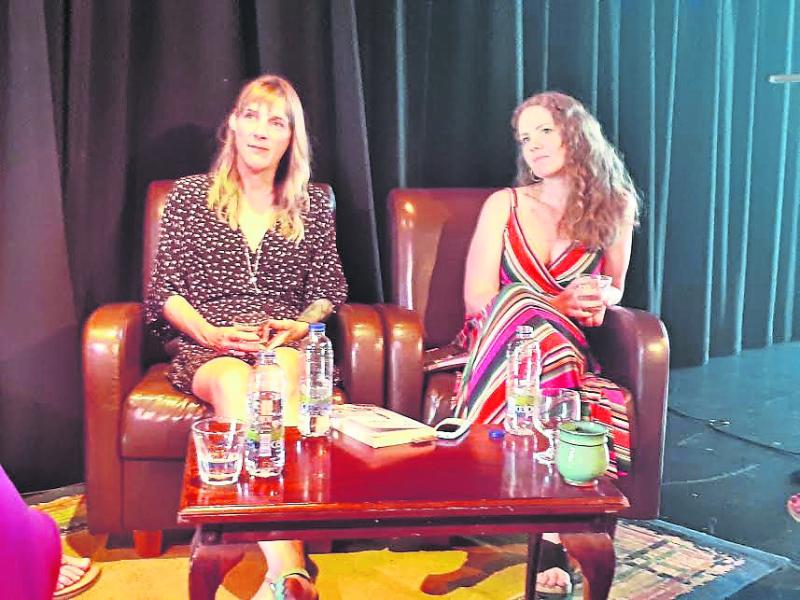 I Found My Tribe’ and ‘A Quarter of an Hour’ are brave books from two amazing women who found unknown strength in the vulnerability of life changing situations.

Authors Ruth Fitzmaurice and Leanne O'Sullivan joined forces at Backstage Theatre on Thursday night where they spoke about their work with Celeste Augé in the intimate surroundings of The Canal Studio.

Fitzmaurice’s husband Simon was diagnosed with Motor Neurone disease in 2007 and defying all odds, he outlived his three-year life expectancy and fathered twins in 2012, before passing away in November 2017.

Meanwhile, in 2013, Leanne O’Sullivan, a poet from the Beara Peninsula in Cork, was left completely out of sink with the world when her husband Andrew suffered a severe brain infection which left him in a coma for three weeks.

The pair first spoke about where the titles for their latests installments came from.

“While my husband was in the coma he lost his short-term memory and my title stems from watching him recover that memory,” said O’Sullivan, before pointing out that it was the length of time that the memory stayed when it did return which fascinated her the most.

“For a few days it seemed like it was 15 minutes that he could hold onto the information for and when I asked him one day what it was like, he said, ‘The thing that has just happened; it feels like a black wave is crashing over the experience and then it disappears’.

Meanwhile, Ruth Fitzmaurice says her title came from a conversation she and Simon had one day when they were starting out in their marriage.

“We spent a lot of time over thinking about where we should live; and we had the dilemma of, do we stay in Greystones where we were living and stay in a small house that is bursting at the seams, or do you go to the country and live in a bigger house but not necessarily with people you know?,” she explained.

“We left our tiny little house in Greystones and lived in Co Louth where I am from, but we still couldn’t figure out where we wanted to be.

“A cool hippy friend of mine said to me, ‘Why don’t you go and find your tribe?’

“It doesn’t matter what type of house you live in, it is about the people that are around you, and I thought that was a cool idea - now I have my family, the tribe; my children, the tribe and the cove which is my tribe too. I found then that it was the place itself that I am connected too.”

The ladies then spoke about ‘clearing the space for the self’, a common ideology in both publications.

“I talk to myself,” laughed Fitzmaurice, before pointing to her “beautiful human ego”.

“When I’m writing I’m not thinking about anyone else - I am talking to myself and it’s completely selfish, so that is how I overcome that.

“Any situation can become your normality, and it’s through the eyes of the children I see that because children are so accepting of anything; swimming became the thing for us and going to the cove everyday.”

Adds O’Sullivan, “I do yoga and that is a big thing for me, but if I am not writing I can get quite down so for me it was getting back into my writing”. Check out Leader Bookworms on Facebook for more!