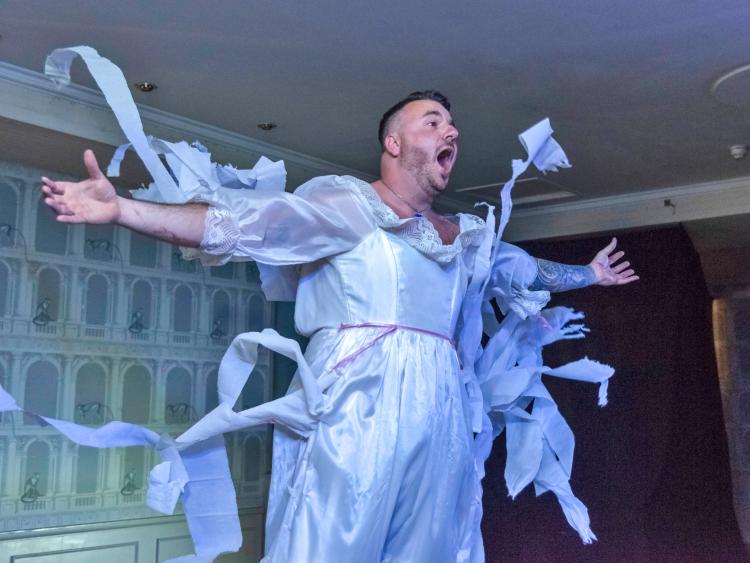 Kevin Hussey performs 'My Heart Will Go On' from 'The Titanic' at the recent Lipsync Longford.

The Longford Arms Hotel was buzzing recently as the cast of Lipsync Longford took to the stage to strut their stuff in aid of Bethany House and Ava Lily and Poppy Maloney.

A range of lip sync battles took place over the course of the night, with the top three battling it out in a cheer off as the gathered crowd chose their winner.

Jason McBride, a seargant in the Irish Defence Forces and the founder of the charity for Ava Lily and Poppy Maloney was cheered into first place on the night.

“The ideas that people came up with were great. The best comment that I got off people was that there wasn’t one bad act.”

“We’d just like to thank everyone for their support,” said Kevin.

“Eddie Valentine was our main sponsor, so thanks to him. All of the businesses in town were very supportive too - the spot prizes alone on the day were worth over €2,000 and we were amazed by the support.”