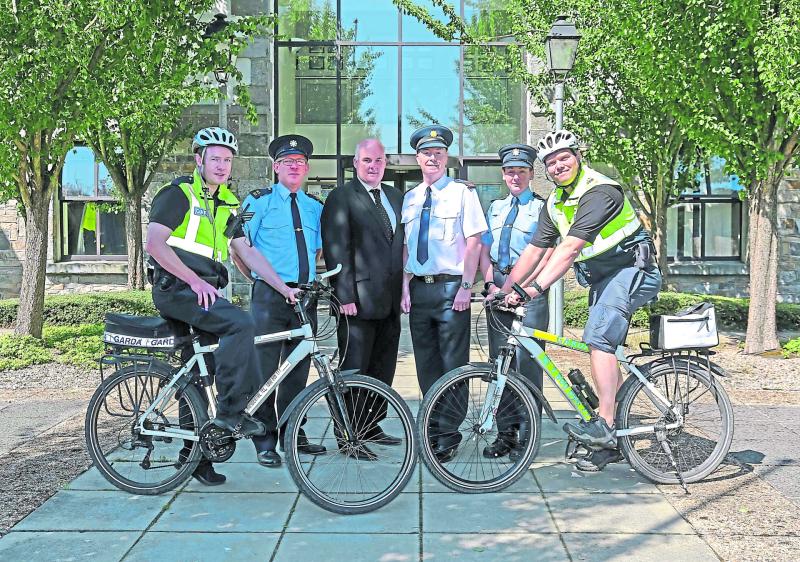 There will be an increased number of Garda mountain bike patrols commencing in Longford town during the annual Summer Festival, which opens on Thursday evening, and runs for four nights.

It also marks the first official assignment for the new mountain bike unit in Longford.

Local Garda management want to deploy the unit on a more frequent basis after 12 officers recently completed a training programme.

The officers were trained in using various skills which allows them to patrol towns and estates as well as policing at community events.

Longford Summer Festival organising committee member, Cllr Joe Flaherty said, “There is a major policing and stewarding plan in place and the organisers are hugely reassured to have not only the Garda mounted unit deployed on Friday night but we will also be seeing the new mountain bike unit.”

He went on to say that there is huge public confidence in the mountain bike unit and added, “The public find the officers very approachable and I think it's a major step forward in positive and affirming policing.”

With the weather promised good, bumper crowds are expected on each of the four festival evenings, and, added Cllr Flaherty, “The organisers in conjunction with the Gardaí and local firm, Gilmore Security, are leaving no stone unturned to ensure that this is a safe, family focused event.

"It's a showcase event for the town and great credit has to go to the Gardaí for the way they have worked with and supported the organisers in the build-up.”

Cllr Flaherty feels towns like Longford will benefit most from the mountain bike units and added, “Believe it or not there is a science to how the unit works and especially when deployed as a team and especially for an event like this week's festival. They'll be covering optimum ground and will be ready and able to deal with any situations that arise.”

The Fianna Fáil Councillor said he hoped that any equipment requirements for the unit would not be an issue and he urged Garda authorities to ensure that there were no barriers to getting the officers out onto the street.

He said, “There is no point training officers if they then find they cannot access the most basic of equipment such as helmets. We need officers out on the streets and in our estates and the mountain bike unit is one of the most cost effective ways of policing Longford town.”