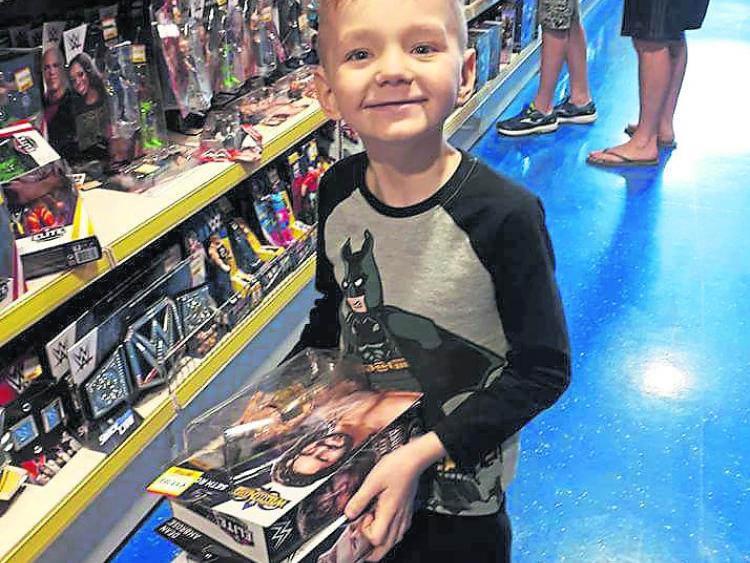 The father of ‘Mighty Max’ Wenman has issued a heart-wrenching appeal to other parents to stop taking their children for granted “because sometimes tomorrow never comes.”

Roy Wenman led the appeal as scores of mourners turned out last Friday to pay their final respects to his courageous son Max following a six year battle with cancer.

In a moving and impassioned message to those in attendance at St Mel’s Cathedral, Roy likewise called into question recent media reports which had suggested his son had succumbed to an illness he had spent more than two thirds of his life battling.

"I have seen somewhere that eight year old Max Wenman has lost his fight.

“For the last six years, I can't even remember the amount of times I asked for a miracle for that goson,” he said.

“If you asked me how many times I counted on my hand I couldn’t tell you. Yesterday I realised that for the last eight years I already had that miracle. I already had him.

“You don’t realise until you haven’t got them anymore.

“I have to say I think everybody in this Church has taken their children for granted, because I know I have taken my four kids for granted for a long time.

“I am telling you in the blink of an eye and the click of a finger it can all change so quickly. So, the next time your child says to you ‘Can you bring me to the park?’ ‘Can we go to the cinema?’ Don’t say ‘Oh we will do it tomorrow’ because sometimes tomorrow never comes.”

The fun loving and avid wrestling fan passed away in his parents' arms on Wednesday after a six year battle with neuroblastoma, a rare form of cancer that most commonly occurs in infants and children under the age of five.

In his homily to worshippers, chief celebrant Fr Sean Casey paid testimony to the St Teresa’s National School pupil's fearless mindset even in the greatest of adversity.

In referencing excerpts from a gospel reading Fr Casey said there was a strong correlation between Max's genial character and that of what had been relayed at his funeral mass.

"Do not let your hearts be troubled. Trust in God still and trust in me. Those words resonate deep in our hearts.”

Max's mother Cathy thanked all those who had turned out and extended their sympathies in the days since, adding there was little denying the legacy little Max had left behind.

“Max touched so many people's hearts and I know he made an impression on everybody,” she told the congregation.

Perhaps the most poignant of tributes came courtesy of Max's visibly emotional and proud father, Roy.

“I am asking you when we are bringing that coffin out to that hearse that you chant his name ‘Mighty Max’ as loud as you can to let him know that he didn’t lose that fight and that we are all so proud of him because there is nobody else that fought a stronger fight than that little goson there,” he said, amid a hue of resounding applause.

The late Max Wenman is survived by his heartbroken parents Roy and Cathy, sisters Robyn, Chloe and Millie, brothers Jamie and Killian, grandmother Emily, aunts and uncles Avril, Eddie and Sherina, John and Rachel, relatives, neighbours and friends. May he Rest In Peace.