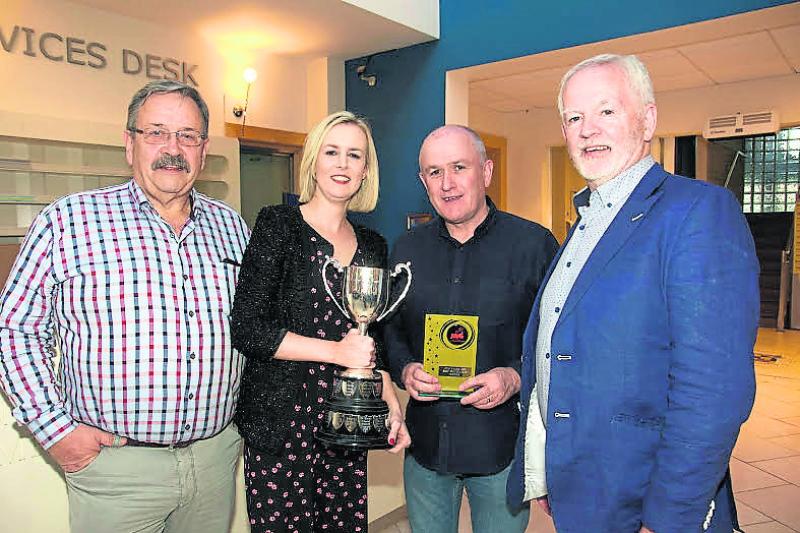 It was a wonderful occasion on Thursday evening last when St Mel’s Musical Society in Longford town was honored at a Civic Reception in Arás an Chontae.

This year the Society celebrates 40 years since its revival back in 1978.

In his first official role as the new County Council Cathaoirleach, Cllr Luie McEntire paid tribute to the group of “dedicated people” who got together at the end of 1977 and reformed the Society.

“On Monday, May 15, 1978 a new era began when St Mel’s Musical Society staged ‘Springtime Music Hall’ in the Fountain Blue,” added the Cathaoirleach.

“It proved to be a great success, requiring a second performance the following week.”

Meanwhile, the Society went from strength to strength and the following year it brought its performance to the Temperance Hall.

“The next four years, St Mel's Musical Society staged Revues with Gus and Anita Hanley to the fore and lots of volunteers working away in the background,” Cllr McEntire continued.

“A watershed moment arrived in 1983 when the Society staged ‘South Pacific’ and then in 2000 it hired the services of a professional director for the first time and set the bar a lot higher in doing so.”

The Society subsequently moved to its new home at Backstage Theatre in Longford in 2003 and has to date staged 16 full length musicals at the venue.

“This group is open to all and takes great pride in passing on all the skills it has gained in set design, costume, makeup, hairdressing, acting, dancing & singing; it also prides itself in acknowledging that there is always more to learn and enjoy,” Cllr McEntire added.

“Its roots are steeped in Longford and the Society greatly values the marvellous support of the people and the business community of Longford - hopefully it will continue for another 40 years!.”

Mr Kelly is an honorary life member of St Mel’s Musical Society and has appeared in every show over the last 40 years.

Cllr Peggy Nolan (FG) also addressed those gathered to celebrate the occasion. She too appeared in a number of St Mel’s Musical Society productions down through the years.