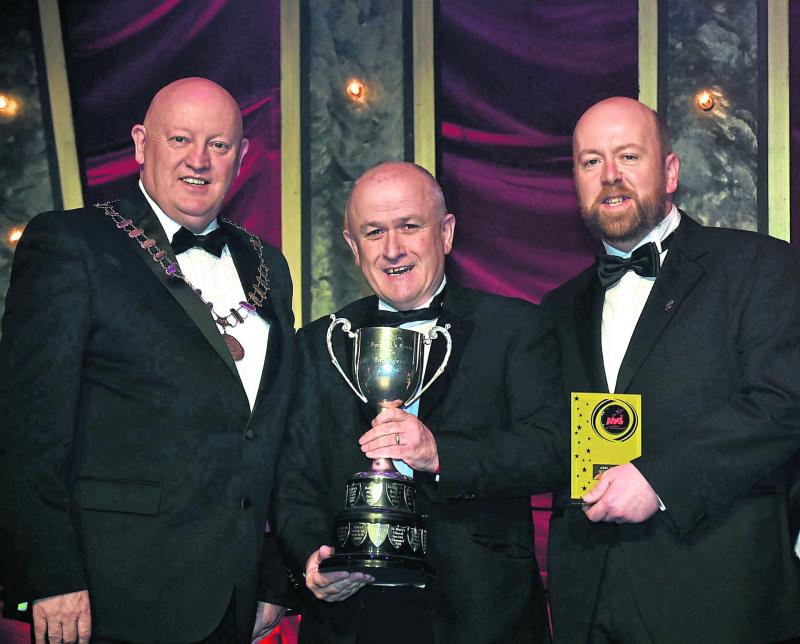 St Mel's Musical Society, Longford Programme Editor Padraic O’Brien is celebrating this week after he took centre stage and walked away with the Best Programme accolade at the Association of Irish Musical Societies (AIMS) Awards at the INEC, Gleneagle Hotel, Killarney on Saturday night.

2018 marks the 40th Anniversary of the revival of St Mel's Musical Society and Padraic's superb programme, for this year's memorable production of ‘Sister Act’, emerged victorious from a total of 103 musical societies in the country - a massive achievement!

Longford Leader Sports Editor Padraic certainly is a familiar figure at the AIMS Gala Awards Banquet, which is attended by 1,200 musical society enthusiasts annually, as this was his sixth occasion to be nominated for the AIMS Best Programme Award.

Indeed, Padraic and St Mel’s Musical Society were previously triumphant in 2003 for their ‘Hello Dolly’ programme, so this latest much deserved second success bridged a fifteen year gap.

Congratulations to Padraic 'Punter' O'Brien and St Mel's Musical Society on their success!