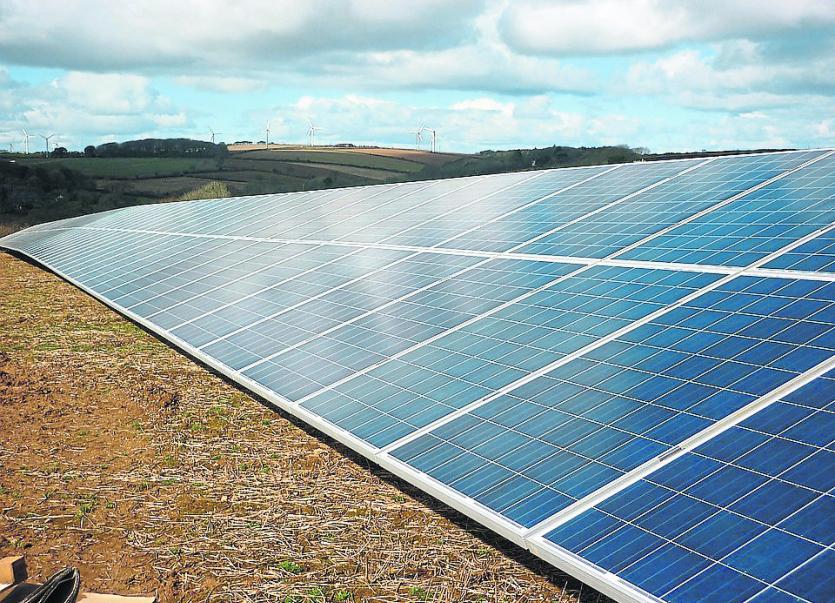 Developers behind a proposed solar farm in south Longford say the development will have the capacity to power up to 3,000 homes

A renewable energy company planning on bringing a multi million euro solar farm to Co Longford will have the capacity to provide electricity to 3,000 homes should it receive the green light from local authority chiefs.

Wexford based firm Harmony Solar is aiming to become the market leader in Ireland’s solar energy market as the country grapples with reaching its 2020 renewable energy targets.

It lodged plans earlier this month with a view to constructing a solar farm on a 127 acre site at Middleton, Killashee.

And, according to one of its directors, John Swan, the venture has all the makings of kickstarting the nation’s renewable energy drive into the future.

“The site, is located around 8km, south west of Longford town and is set to provide renewable energy for up to 3000 homes,” said Mr Swan.

“The lands, currently being used for agriculture, provide an excellent site for this renewable energy project, as they are fully enclosed by adjoining woodlands, bog and field boundaries which screen the site from adjacent lands, while also providing large open fields to allow placing of solar panel arrays without removal of existing hedgerows.”

An increasing focus on solar energy nationwide has seen planning permission being approved for close to 250 farms since June 2015.

The Government has already conceded it will miss its target of having 20 per cent of all energy consumption derived from renewable sources in two years time, thereby facing the prospect of a bill of more than €150m as a consequence.

Mr Swan said the advantages of solar energy are numerous with the most obvious being the minimal encroachment it has on locally based homeowners.

“Solar Photovoltaic technology provides a clean and efficient means of generating renewable electricity and is increasingly recognised as a sustainable energy source which has little impact to local communities,” he said while talking up the likely economic merits the Killlashee development would bring.

“We are very happy with the potential of the Middleton solar energy site to help contribute toward achieving national renewable energy targets for a low carbon economy in Ireland,” he added.

“However, further local benefits will also arise for Longford with employment opportunities both at the construction and operation of the solar farm becoming available.”

The views expressed by Mr Swan were similarly shared by the chairperson of Co Longford’s Infrastructural and Environmental Committee Cllr Micheál Carrigy.

The Longford Fine Gael general election candidate said the plans submitted by Harmony, together with an unrelated and smaller operation in Clondra flew in the face of Bord na Móna’s plans to create a 28 strong wind turbine farm in nearby Derryadd.

“I’m all for renewable energy and I feel it (solar farms) is a better alternative to the wind energy plans that are in place for the south Longford area,” he said.

“We have to meet our targets in 2020 regarding that and I feel that solar power is a better alternative than the plans being talked about by Bord na Móna.”