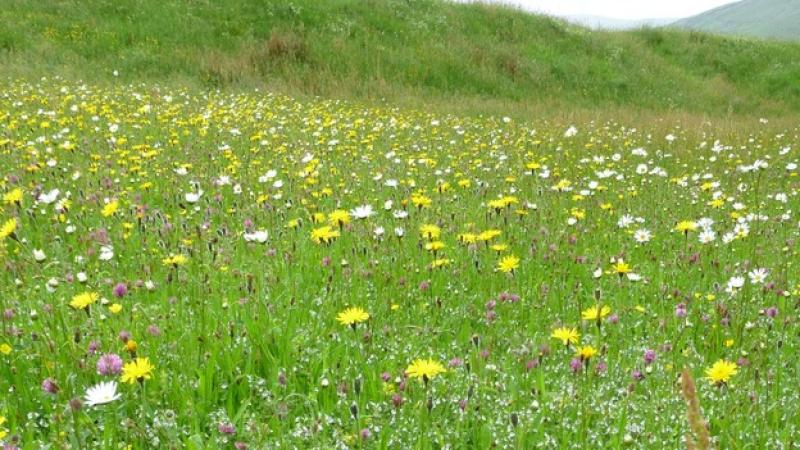 Cllr Paul Ross has called for an urgent derogation for farmers who have chosen the Traditional Hay Meadow measure as part of their Glas plan.

The local area representative in Legan said farmers should be allowed to cut now because of what he described as “ideal weather for making hay”.

“As it stands,” he continued, “farmers will not be allowed to cut these meadows until July 1; farmers have just come through one of the longest ever winters when fodders supplies were utterly depleted all over the country and with current ground and weather conditions as good as they could be, farmers now have a chance to make hay of the highest quality for use this winter.”

Meanwhile, Cllr Ross says the Minister for Agriculture, Food & the Marine, Michael Creed TD must use a common sense approach to the matter.

"The Minister has to use common sense; already a derogation has been given to these meadows in allowing to graze them for an extra two weeks in April in respect of the exceptionally difficult conditions this spring, and this should be introduced again with the high temperatures predicted in the coming days,” he added, before pointing out that he had spoken to both Deputy Peter Burke and Minister Creed about the matter.

He said he had been contacted by numerous farmers in his constituency who were anxious to cut their meadows as soon as possible to avail of this spell of good weather.

“I contacted Minister Creed’s office last week and joined with my fellow Oireachtas colleagues in calling for a relaxation of the deadline of July 1st for cutting traditional hay meadows for GLAS participants in a bid to allow farmers to respond to this fine spell of weather,” he confirmed.

“Particularly in the aftermath of the fodder crisis, it is imperative that farmers have every opportunity to cut and save their meadows as soon as possible; therefore I urged the Minister to bring forward the deadline to allow hay cutting take place as soon as possible.”

Cllr Joe Flaherty then pointed to the “failure” by the Minister for Agriculture to bring forward the deadline of July 1 and said it was both “short sighted” and “disappointing”.

“I've had many calls from farmers who  are anxious to cut their meadows as soon as possible in order to take advantage of the great weather,” the local area representative in Longford town added.

Cllr Flaherty also welcomed the announcement by Deputy Eugene Murphy TD that he had contacted the Minister directly in relation to the matter.

“I hoped,” added the local councillor, “that Deputy Murphy and other TDs will raise the matter in the Dail tomorrow, Tuesday, in the absence of a breakthrough”.