Cllr Luie McEntire is one of the longest serving local area representatives in Ireland! 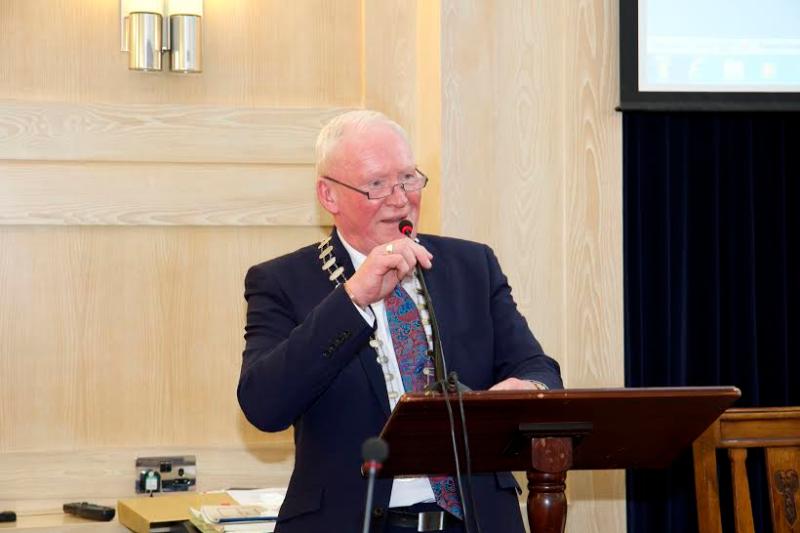 One of the longest serving local area representatives in Ireland, Longford’s Cllr Luie McEntire (FF) has been elected Cathaoirleach of Longford Co Council.

And in an unusual move during such an election, Cllr McEntire’s proposal went unopposed by both the Fine Gael side of the house and among the Independents during proceedings at Arás an Chontae last night.

Meanwhile, Cllr Mae Sexton (Ind) who herself has gained an esteemed reputation in both the local and national political arena having served the people of Longford for two terms in Dáil Eireann, was elected Leas Cathaoirleach.

During his acceptance speech, Cllr McEntire said he was honoured to take up a role, a task he last undertook 32 years ago, back in 1986.

“Today is a memorable day for me and I feel very, very happy to be in this position,” Cllr McEntire told the large crowd that gathered to wish him well.

“I was last elected chairman in 1986; I was the first Dromard man ever to hold the chain, so 32 years later it is great to back in that position again.”

Cllr McEntire went on to say that the people of north Longford had re-elected him on nine consecutive occasions and he would be forever grateful to them for that support.

“It is marvelous to think that the people have put that trust in me over the years; Dermot Hegarty released a song one time - 21 Years - which is a long time, but 31 or 32 is a lot longer,” the new Cathaoirleach quipped.

“And yet when I look back it doesn’t seem that long!”.

For more on this story, see next week’s Longford Leader on sale Wednesday!

McEntire set to take over as Longford County Council Cathaoirleach