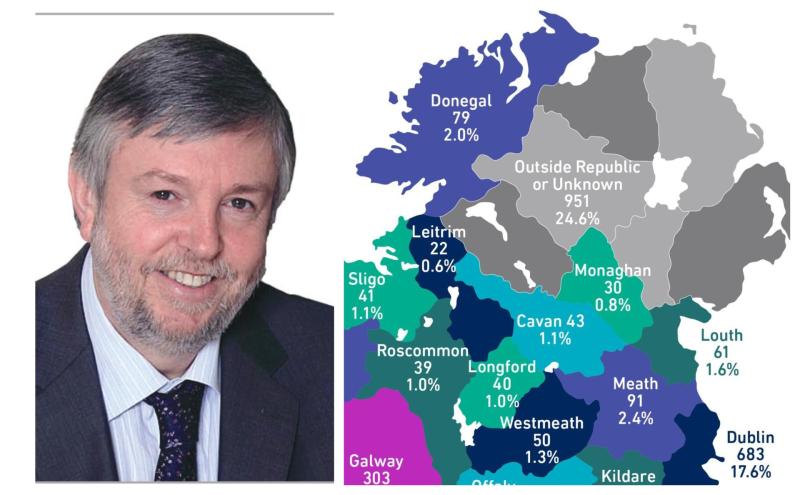 Ombudsman Peter Tyndall received 40 complaints from Longford about providers of public services last year, and nationally, the number of complaints received was 3,021. Seven complaints were received about Longford County Council. 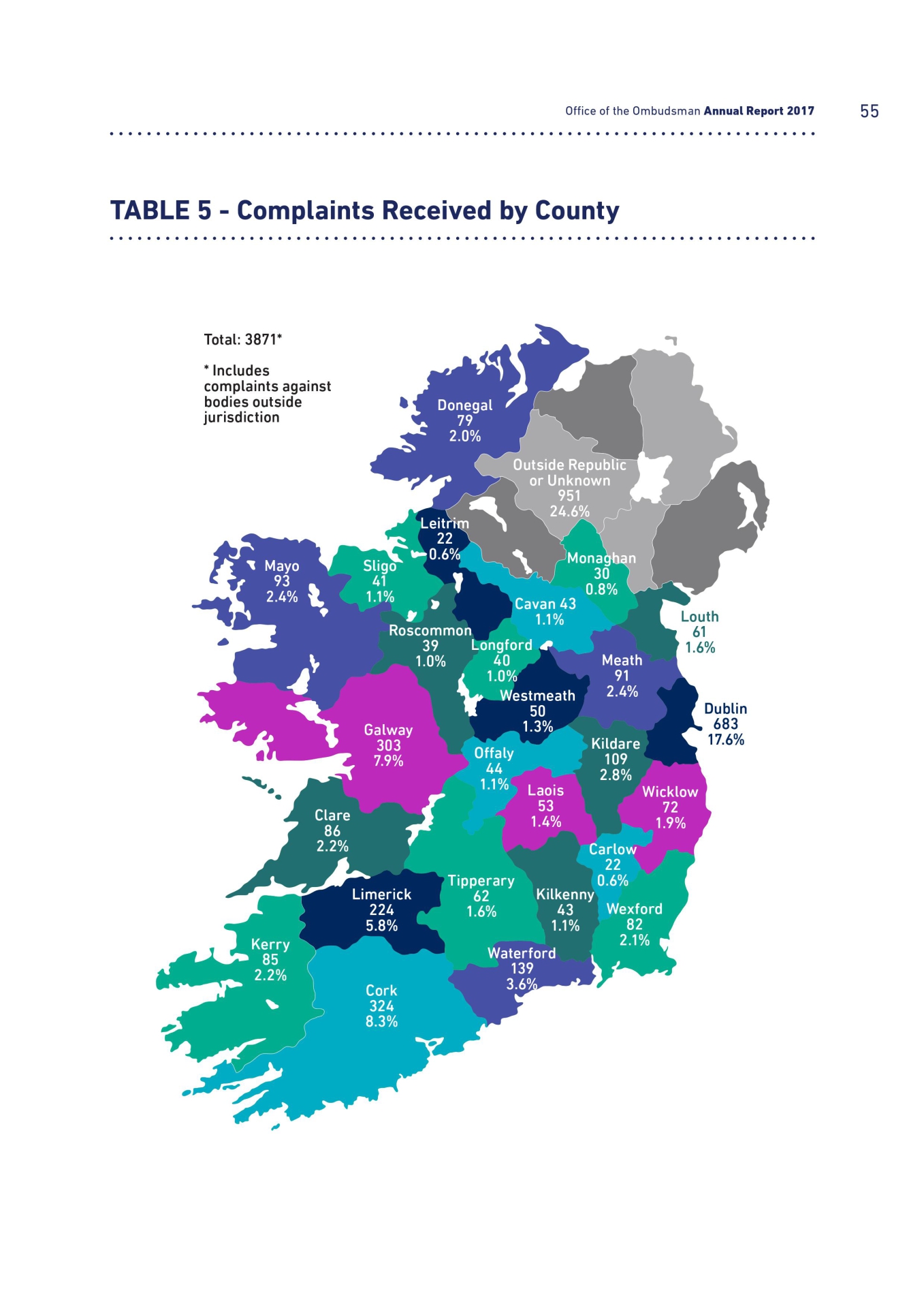 The Ombudsman’s annual report for 2017 was published today (Wednesday 20 June) and shows that the sectors that were the most complained about were:

The Ombudsman also announced that he will shortly be publishing a report into ‘end of life care’ in Irish hospitals.  The report is expected to show the progress that has been made since his commentary on complaints about end of life care - ‘A Good Death’.

Nursing Homes
The number of complaints about private nursing homes doubled from 30 in 2016 to 63 in 2017.  The Ombudsman recently appeared before the Oireachtas Public Petitions Committee to discuss his experience of dealing with nursing home complaints, including those about ‘social’ charges and care in nursing homes.  He published a summary of key cases in ‘The Ombudsman’s Nursing Home Casebook’ earlier this year.

Magdalen laundry investigation
The Ombudsman’s report highlights a number of investigations his Office carried out in 2017, including the investigation into the Magdalen ‘restorative justice scheme’.

The Ombudsman said: “The Minister for Justice and Equality has now accepted all the recommendations in my report including those in relation to women wrongly excluded from the scheme and women who lacked the capacity to fully access it.  I will continue to work with the Department to avoid any further delay in providing justice to the women who were so badly treated in the Magdalen laundries.”

‘Lost at Sea’ investigation
The Ombudsman says that up to early 2018 only one investigation recommendation in the 34-year history of the Office had been rejected.  This was in respect of the ‘Lost at Sea’ investigation, which involved the refusal to grant replacement fishing capacity to the family of a fisherman who lost his life, along with his son and three other crew members in a tragic accident in 1981.  The Ombudsman said he was delighted that, after many years, the recommendations in the report have now been accepted and the family compensated.

Direct Provision complaints
In his annual report, the Ombudsman also spoke about his first year of dealing with complaints from asylum seekers and refugees living in the direct provision accommodation system.

“We received 115 complaints from people living in direct provision centres in 2017. Many of these were about transfers to other centres or accommodation issues.  We have an ongoing programme of visits to all accommodation centres and resolve many complaints informally on the ground.”

New Ombudsman website
The Ombudsman also launched a new website for his Office – www.ombudsman.ie – which makes it easier for people to make a complaint to his Office, and provides advice and information to the public and service providers. 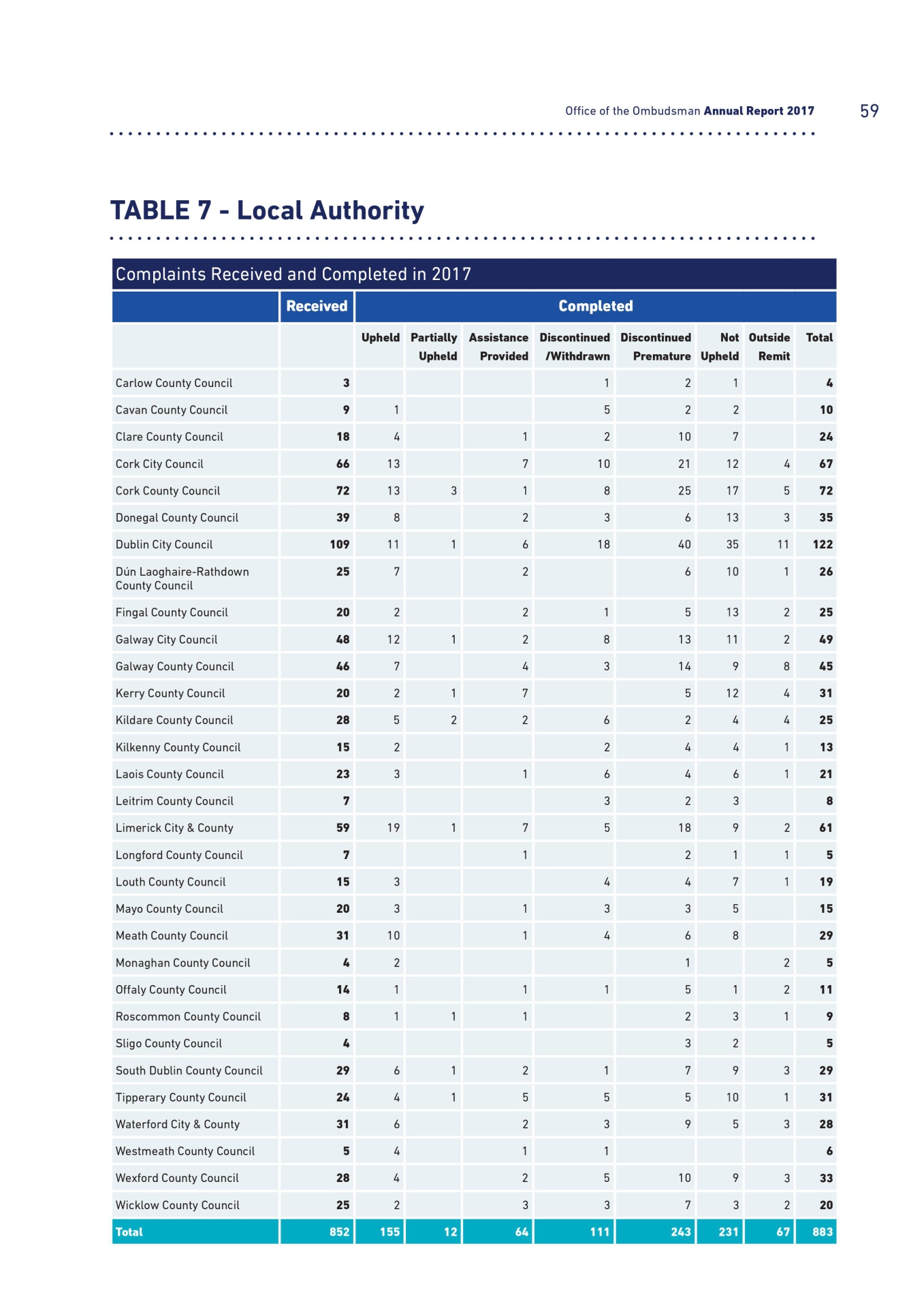