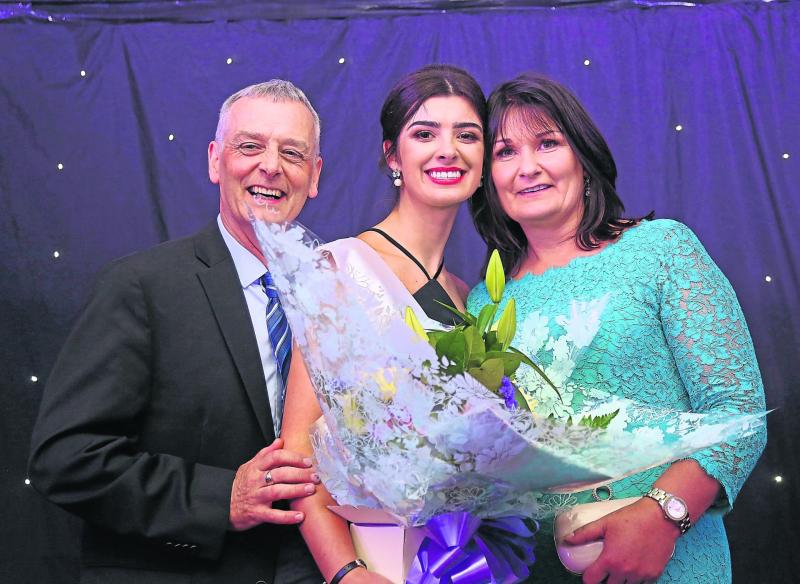 Loren Katie Logan, Quinns Supply Stores, with her proud parents Séan and Jodie Logan after she was named Longford Rose 2018 at the Longford Arms Hotel on Saturday night.

Loren Katie says she was “shocked” when she heard her name being announced as winner and pointed out that she now has big shoes to fill as last year’s Rose Laura Ward handed over her sash.

“It was such an overwhelming experience,” Loren Katie told the Leader on Monday.

“I was absolutely so shocked when I heard my name; all of the girls were so fabulous to be honest.”

Meanwhile, the local woman says she is looking forward to the year ahead but for the moment she is focusing on the Dome in Tralee and putting Longford on the map “for all the right reasons”.

“My aim would be to put Longford back on the map; get it back in the news for all positive reasons and shine a light on it,” she smiled.

“This is a great county and one I will be proud to represent on the national stage.

“I am looking forward to representing the many businesses in Edgeworthstown and Longford that I will be supporting in my role as Longford Rose which is very positive.

Loren Katie Logan enjoys singing, photography, music and football. She also has a number of special achievements under her belt including dance and speech and drama.