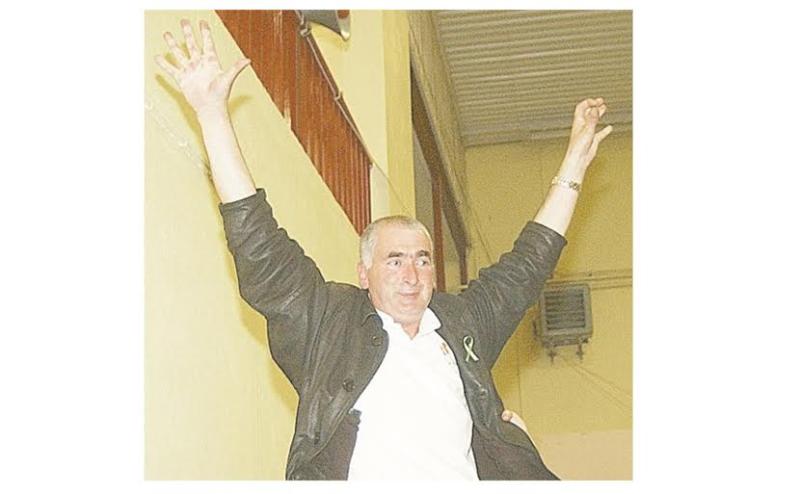 A former member of the defence forces and Sinn Fein Councillor for Longford has been jailed for 12 years with the final four suspended after pleading guilty to sexually abusing four young children between the ages of 4 and 15 years from 2000-2008 at a midlands GAA ground.

Giving judgement this afternoon, Judge Johnson said the defendant had engaged in “deviant premeditated behaviour” and had groomed the children to abuse them.

“The accused still doesn’t have any empathy for his victims but each of them deserve enormous credit for going to the Gardaí,” the Judge added.

“Mr McDonnell led them to believe that he was someone they could trust; he groomed them and breached that trust.

“The abuse took place over a period of eight or nine years and there was habitual and predatory abuse on one child in particular.”

The Judge went on to say that one of the children had told the court in a victim impact statement that the accused had taken away their childhood.

The youngster also stated that life would come to nothing, but some satisfaction had been gained from knowing that the accused would pay for what he did.

“The doctor also stated in his report that the child was tortured by what had happened,” Judge Johnson continued.

“The effect of the abuse on all the victims has been profound and life changing.

“His wife too had no idea of his offending and became depressed when she was made aware of it.

“She and their daughter are suffering from hurt, isolation and embarrassment as a result of this.”

Judge Johnson also pointed to the fact that Mr McDonnell had been placed on the Sex Offenders Register.

“The offences occurred over a protracted period of time and involved predatory behaviour, manipulation, grooming and premeditation on the part of the accused,” he continued.

“It is clear that the accused had no victim empathy and didn’t give a second thought to the devastating consequences of his offending on the victims.

“Indeed it would appear from the probation report that the accused still doesn’t have any empathy for his victims and the only decent thing that he has done is to plead guilty and cooperate with the Gardaí in the investigation of the offences.”

During today’s hearing, Mr Des Dockery SC for the accused, said in mitigation,  that his client had cooperated with the gardaí in respect of the investigation, had pleaded guilty at the earliest opportunity and had no convictions prior to the matter before the court.

Mr Dockery also read a letter written by Mr McDonnell to Judge Johnson who heard the accused apologise to the four children for sexually abusing them.

“It is a terrible cross I have given you all to deal with throughout your lives,” said the accused.

Mr McDonnell, meanwhile, was ordered to enter into a bond to keep the peace and be off good behaviour for a period of five years post release.

He was also ordered to submit himself for supervision by the probation service for a period of two years following release and comply with all directions given to him by the service.

Judge Johnson also told Mr McDonnell this afternoon that while in prison he was to engage with prison-based psychologist services prior to his release.

“Clearly each of the victims are inherently talented, gifted people who because of the abuse perpetrated on them by the accused have not to date been able to realise their full potential,” added the Judge.

“I sincerely hope that after today they can tap into their potential and live the complete and fulfilled lives that each so richly deserve.  In this respect I wish each of them well.”