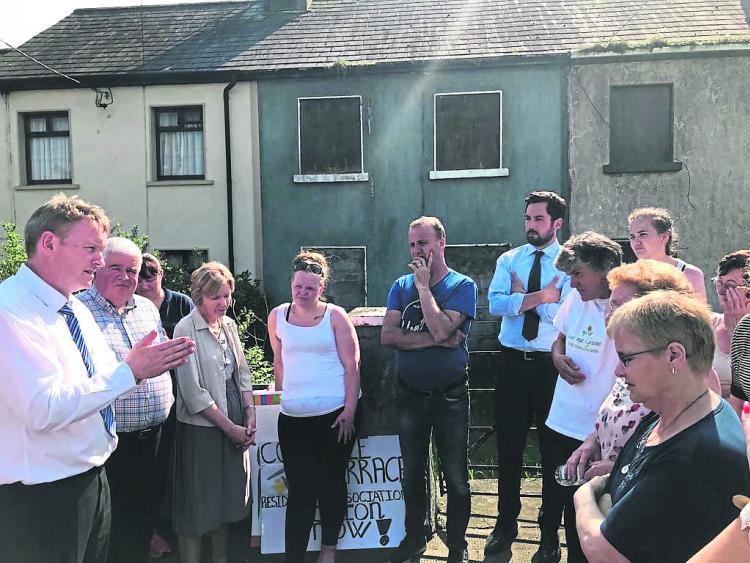 Minister for Housing, Planning & Local Government Eoghan Murphy TD was in Longford on Monday where he opened a new OAP development in Ballymahon that includes four new dwellings.

The Minister also visited Lanesboro, where he turned the sod for a new social housing development and Granard where he announced funding for the refurbishment of a number of houses in Colmcille Terrace.

He also went on a walkabout in Longford town where he met with locals.

“In Ballymahon the Minister opened an OAP development comprising four houses and he also visited the Lanesboro site where 31 local authority houses are currently under construction,” continued Mr Brannigan.

“He also announced funding for works on a number of houses in Colmcille Terrace, a project that is eagerly awaited in Granard. The Minister also spoke to residents of the estate and listened to any concerns they had.”

Mr Brannigan also confirmed to the Leader that the housing projects, currently under the radar in the county, will be completed by the end of the year.

Cllr Micheál Carrigy, meanwhile, said the Minister enjoyed his visit to the county and found Longford town to be vibrant and busy.

“While we know that Longford town has the same problems as any other town, there is no doubt but it definitely on the up now.”

Cllr Carrigy added, “The people that we spoke to on Monday also felt that things were beginning to get better in Longford as a whole.

He concluded, “We are looking now at seeing if local authorities can vary rates in the towns in an effort to boost the retail sector.”