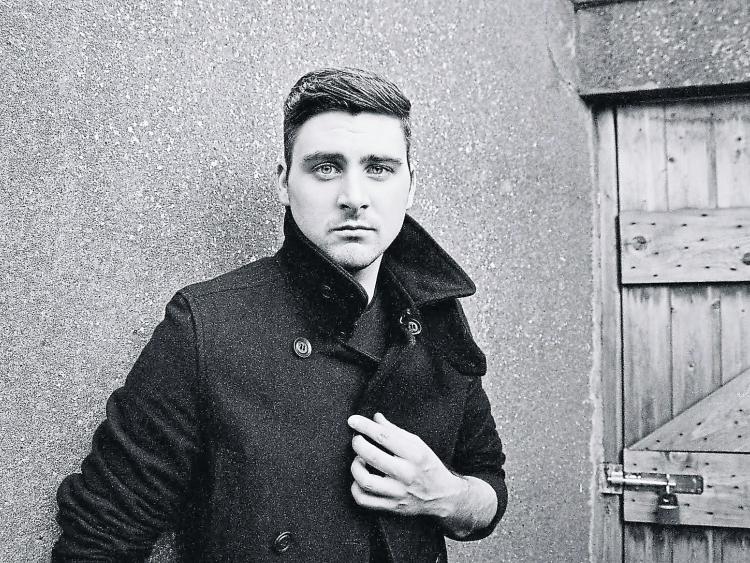 Liam Heslin is a native of Colmcille and has just starred in his first feature film 'Dublin Oldschool'.

It’s seems the sky might just be the limit in the acting world for one young Longford actor this week as he prepares for the release of his first feature film ‘Dublin Oldschool’.

Liam Heslin, a native of Colmcille, has bagged himself a top role in the film which centres around the recreational use of drugs and their impact on users.

The Independent Irish film will be released on June 29 next to much fanfare.

Meanwhile, Liam says the experience for him has been “amazing”, but he is also eager to provide some background to the story.

“Dublin Oldschool was originally a play and first seen in Dublin Fringe Festival,” adds the son of William and Deirdre, before pointing out that it was written by Emmet Kirwan an Irish playwright and actor who is best known for writing and starring in the television series Sarah and Steve (2010) as well as Just Saying (2012), The Take (2009), Jack Taylor: Shot Down (2013) and 71 (2014).

“The film centres around two estranged brothers - one who is a DJ, the other who fell on hard times and becomes a heroin addict - and how they meet over a weekend in Dublin and catch up with each other.”

Liam says the film has a number of themes including reconciliation and redemption as well as drug use and its impact.

Meanwhile, the Colmcille man plays a character called Dave whom he describes as a “happy go lucky” type of guy.

Liam also says that the opportunities presented to him in this, his first feature film, have been “massive”.

“It’s my first feature film and to have such a big role really is really amazing,” he adds.

“I also got the opportunity to work with amazing actors like Sarah Green, Bryan Quinn, Mark O’Halloran and Seana Kerslake, so it has been a fantastic experience for me.”

And, it has been all go for the north Longford actor for the past while too.

Over the last few months Liam has been touring with the Abbey production of the Plough and the Stars and after a full run in London, the production returned to Ireland where is ended just a couple of weeks ago in the Gaiety.

Next up for him is the Dublin Theatre Festival and as he says himself, there’s lots more in the pipeline!

“I’m busy now until October and really for an actor that is a great place to be in,” he laughs.

Liam Heslin attended Colmcille NS and later Moyne Community School.
He says that at the age of 15 he joined Backstage Youth Theatre and it was at that point that he got bitten by the acting bug.

Back in 2013 Liam who was in his final year of the graduate programme at The Lir - Ireland’s National Academy of Dramatic Art at Trinity College, Dublin - was one of only 15 students accepted onto the course.

So, it really does seem that the sky is the limit for the north Longford actor!