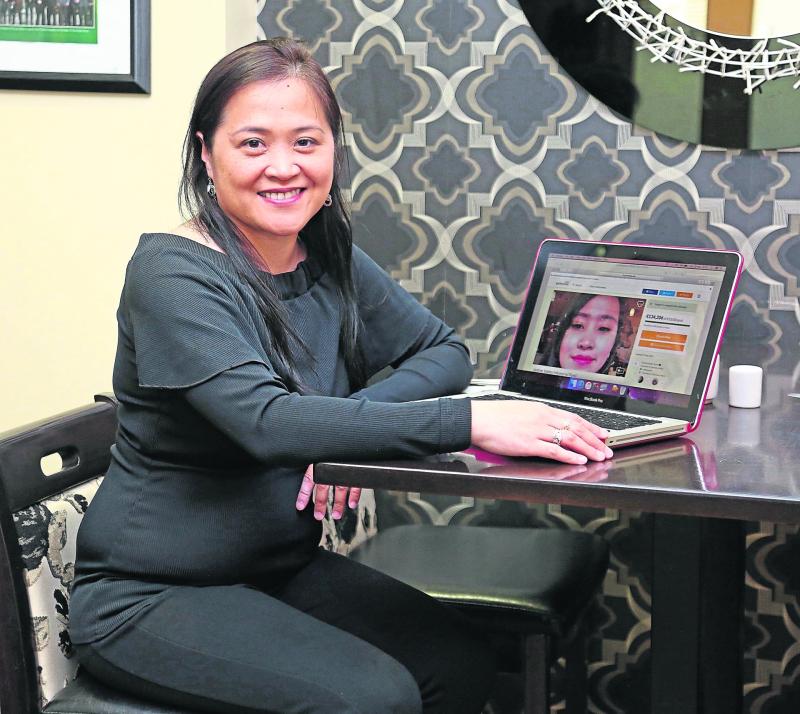 Vanda Brady coordinates the effort from her home in Mullahoran at the weekend. Photo: Shelly Corcoran

A local woman has been coordinating the emotional and financial support for the parents of murdered student, Jastine Valdez, as they prepare to repatriate their daughter’s body to the Philippines this week.

Mullahoran woman Vanda Brady is the coordinator of the Filipino community organisation, Outreach Ireland, which provides Consular Outreach Mission supports to Filipinos living in this country.

The organisation has also set up a GoFundMe campaign which to date has raised over €140,000 for the Valdez’s.

Speaking to Leader Ms Brady, a native of the Philippines, said communities across the country were left “devastated” in the aftermath of Jastine’s death last week.

“At the moment we are raising funds for the parents of Jastine who are preparing to bring her body back to the Philippines,” Ms Brady continued, before pointing to the GoFundMe page.

4,500 people have contributed to the fund since it was established late last week with donations still pouring in.

“We are trying to provide them with the financial support and also the emotional support they need to bring Jastine back to the Philippines.”

Ms Brady, meanwhile, says there is a sense of devastation since the 24-year-old Filipino woman’s body was found in a wooded area near Puck's Castle Lane in Rathmichael south Dublin last Monday week.

Jastine was abducted on the previous Saturday evening not far from her home in Enniskerry, Co Wicklow.

“Everyone is devastated over this, not just the Filipino migrant community but people in Ireland as well - people are just trying to hold masses and vigils and think of Jastine,” she added.

“It is so unfortunate what happened; it is a very bad incident.”

Jastine Valdez was an only child.

Born in the Philippines, she came to Ireland to study and to join her parents who are now naturalised Irish citizens.

All funds raised from the GoFundMe page will go directly to Jastine’s parents.